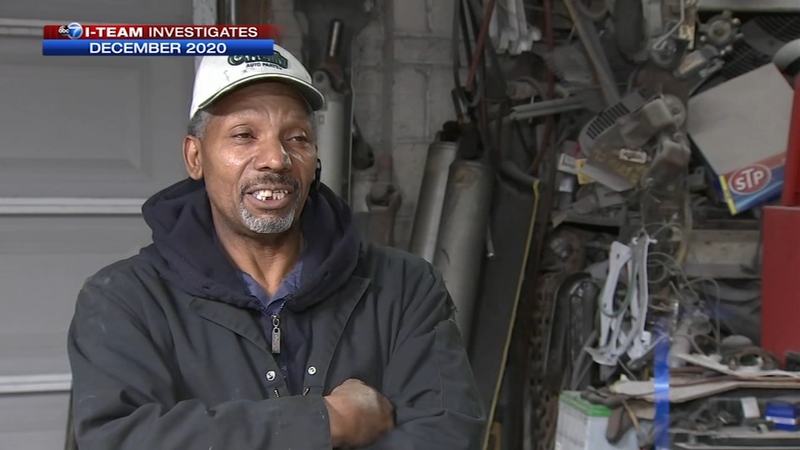 CHICAGO (WLS) -- The ABC7 I-Team has a heartwarming update after $23,000 was stolen from a local man's savings account.

When viewers saw how his savings was drained by criminals, they stepped up to help him recoup some of the devastating loss.

"I'm overwhelmed to be embraced by the love of strangers," said Edward Swanigan. He and his daughter Vernette are touched by the generosity of strangers who watched the I-Team report days before Christmas.

Last year, $18,000 was stolen from Swanigan's Chase bank account plus there were $5,000 in overdraft charges. "It's taken a big toll, I'm really depressed," Swanigan told the I-Team last month.

Hackers somehow accessed a debit card linked to Swanigan's savings account and apparently went on a shopping spree around the world.

Swanigan thought his money was safe.

"Why do I have to check it if I feel comfortable with my money in the bank?" he said.

Swanigan admits he failed to look at his bank statements and doesn't use mobile banking. He said his deposit slips never listed a balance. Chase said he didn't report the fraud within the 60-day policy, so the bank was unable to help.

"Shortly after the news, we started to see a lot of internet movement. I started reading the comments, people were very supportive," Vernette told the I-Team.

The same people also started calling the I-Team, saying they wanted us to connect them with Swanigan to help. One of those people was Ruthie Ryan.

"If I could do just some little thing to make it a little bit better for him I wanted to do it," Ryan said. "I think the only way we're going to heal our country is if we help each other in whatever way we can, whatever small way and we have to help our neighbors, even if we don't know them. That's why I did it."

Ryan helped Vernette create a GoFundMe page. So far, almost $1,300 has been raised.

"I received a couple of letters in the mail with $10-$20, it was heartwarming," said an emotional Swanigan.

Another man gave him a large check.

"It was a very generous check," said Vernette.

"I want to say thank you to everyone who showed love to me," said Swanigan.

Chase Bank says consumers are not liable for charges found to be fraudulent if they are reported within that 60-day time period.