2 Amtrak trains stuck in Wisconsin for hours due to floodwater 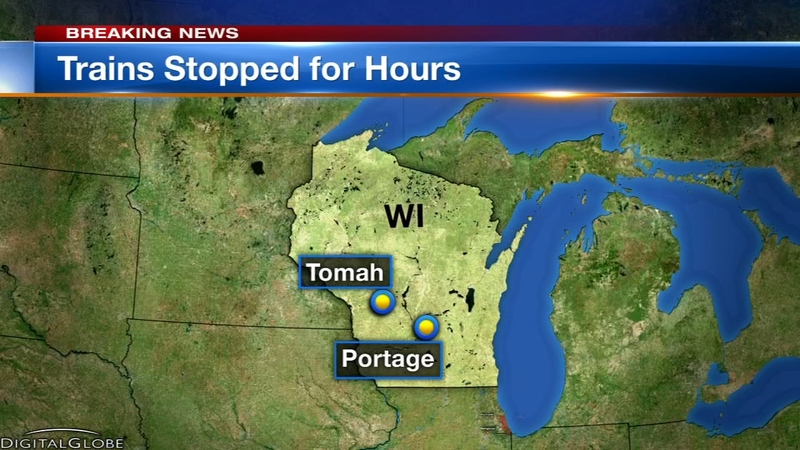 2 Amtrak trains stranded in Wisconsin due to floodwater on tracks

About 400 Amtrak passengers on two separate trains in Wisconsin were stranded for several hours Monday and Tuesday due to floodwaters blocking the tracks.

Just after noon, Amtrak said that both Empire Builder trains would resume their journeys -- one east to Chicago and the other west to Seattle and Portland -- with 18- and 22-hour delays.

Each train is carrying about 200 passengers.

Stranded passenger Lucas LaMay said via telephone that they were in the dark about what's going on.

"They won't tell us anything, except we're going to be here all day and we've asked numerous people why you don't bring us back to Chicago and they won't do it because everybody's afraid to make that decision," LaMay said.

Amtrak officials said they would not allow the trains to start moving again until it was safe to do so.