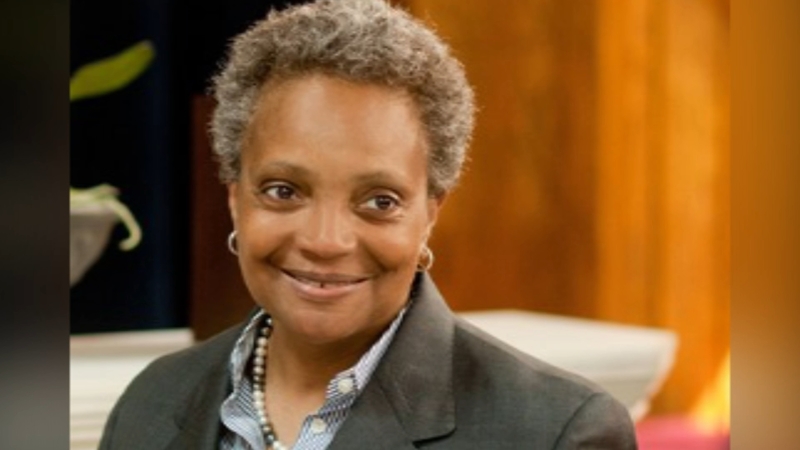 CHICAGO (WLS) -- StreetWise has announced their picks for this year's list of the "20 most inspiring Chicagoans".

StreetWise said the list is meant to represent Chicagoans who celebrate and empower their communities every day.

"The 20 Most Inspiring Chicagoans Award celebrates those who champion and empower our neighbors each day, many of whom are disenfranchised and without hope," said Julie Youngquist, Chief Executive Officer of Streetwise.

"We received hundreds of nominations from the public, which demonstrate the enduring spirit of philanthropy and empowerment baked into the culture of Chicago. Our 20 honorees represent a wide variety of courageous people who inspire all of us at StreetWise and our great city," said StreetWise Board Chair, Ben Swartz.

Check out the 2019 honoree profiles below:

Mayor Lori Lightfoot
Mayor Lightfoot is the first African American female and openly gay Mayor of Chicago. Making Chicago the largest city in history to have an openly LGBTQ mayor and today the largest city to be led by a woman.
Michael Airhart-CEO of All Kids Matter Foundation, Taste for the Homeless, and Next Level Custom Mascots
Raised in Altgeld Gardens in the late 60s, Airhart has made it his mission for the past five years to provide companionship, goods, and services for the homeless population in Chicago. He pushes himself to capacity, serving an average of 500 meals daily.

Adam Alonso-CEO at BUILD
BUILD is an organization helping children and youth impacted by violence and other life traumas in the Austin neighborhood. Alonso is developing and launching new initiatives-including the Block 51 Arts Academy, BUILDing Girls 2 Women program, and expanded behavioral health services for people in the community.
Dr. Pat Angel, DDS -Angel of Wacker Drive
A dentist and periodontist by day, Dr. Angelo is the Angel of Wacker Drive by night. For the past 20 years, Dr. Angelo has built a network of volunteers dedicated to meeting the most basic needs of Chicago's homeless on Lower Wacker Drive. 7 days a week, 365 days a year, Dr. Angelo and his team deliver water, Gatorade, socks, handwarmers, blankets, food and McDonald's gift cards.

Tracy Baim-Publisher of the Chicago Reader newspaper and the owner and co-founder of Windy City Times
Baim founded the LGBT Chamber of Commerce in 1996 and has won numerous awards for her journalism and activism.

Lisa Dietlin-Founder of The Institute of Transformational Philanthropy

Liz Dozier-CEO of Chicago Beyond
Chicago Beyond is an impact investor that has invested more than $30 million in 14 local nonprofit organizations and a community leader that fight for all youth to achieve their fullest human potential. The company invests in everything from education, to youth safety, to health and wellness.

Jessica Droste-Yagan-CEO of Impact Engine and Managing Partner of Impact Engine Ventures
Droste-Yagan has raised tens of millions of dollars in venture capital and private equity funds to support worthy companies that aid in the alleviation of poverty, environmental sustainability, education and health.

Jan Anne Dubin-Chairman Emeritus
Dubin was appointed to the Public Allies advisory board in the early 1990s by former First Lady Michelle Obama, its founding executive director. Today, she continues to advocate for justice and equality and the diverse leadership to sustain it. In addition to supporting the Public Allies board and staff, Jan has coached, counseled, and mentored Allies in impact organizations all over the city of Chicago.

Candace Henley-Creator of The Blue Hat Foundation
Based on her own journey as a Colon cancer survivor, Henley created the organization is founded on unconditional support and compassion for people fighting colon cancer. Their mission is to provide education, information, and free screenings for colon cancer in minority and medically underserved communities.

Tuan Huynh-Senior Art Director at Leo Burnett
Huynh spearheaded The Pencil Project, a collegiate scholarship program where students earn a chance at scholarship money through the submission of work that defines why they are "the difference that makes a difference." He is also responsible for starting a creative lab in the Woodlawn neighborhood in hopes of providing exposure for under resourced youth to the many disciplines of the advertising industry.

Constance Jones-CEO, Noble Network of Schools
Jones oversees Illinois' largest charter school network and is the first African American and first female to hold that position. Connected through community groups and board positions across Chicago, she quickly became a widely influential and trusted voice within the nation's third largest school district.

Jim Kales-CEO of Aspire
Aspire is an organization that is making our communities better by redefining what is possible for people with disabilities. Aspire serves over 900 participants, who have autism, cerebral palsy, Down syndrome and other disabilities. The organization includes several facets such as Aspire Kids, Aspire Living, Aspire Careers and Aspire CoffeeWorks.

JD Miller-Care for friends
Miller partnered with volunteer leadership to incorporate the program as a standalone nonprofit and Care for Friends was born. It has more than 12,000 homeless contacts per year in their lunch program.

Rendel Solomon-One Stock One Fortune
Solomon founded One Stock One Future to turn one million youth into public company shareholders by using workshops to introduce them to stocks and ownership. Using donations, the organization purchases gift certificates for public company stocks so that each student can open their first investment account.

Jeff Tweedy-Musician, founding member of Wilco
Between producing Grammy winning songs and national tours, Tweedy still finds time to give back to his hometown. He has donated private "Living Room" concerts to numerous Chicago non-profits to auction at their fundraising events.

Heather Whinna-founder of Unconditional Giving, and Poverty Alleviation Chicago
For the last two decades, Whinna, and her husband Steve Albini have raised funds from the "Letters to Santa," a 24 hour comedy and music show, in collaboration with her former colleagues at The Second City. The funds are used to surprise more than a dozen families each Christmas morning with the money they need, and does so by treating them with the dignity that they deserve. She founded Unconditional Giving, and Poverty Alleviation Chicago to build on the success of "Letters to Santa" in order help more families year-round.