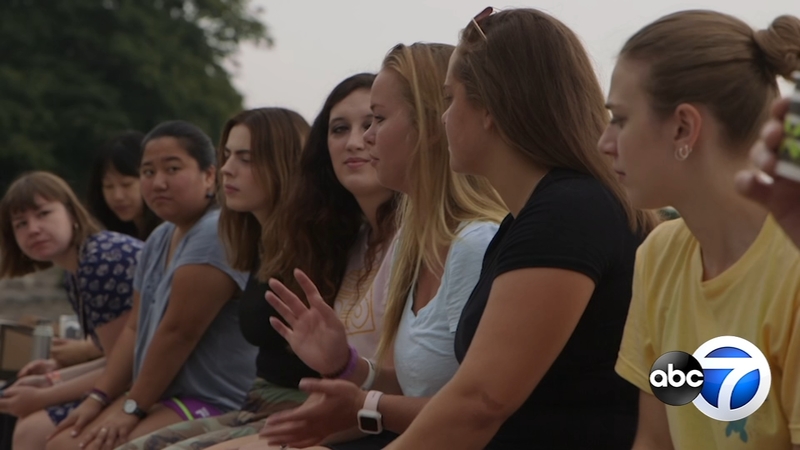 CHICAGO (WLS) -- At the Chicago Center for Urban Life and Culture, college students from around the county trade out their lectures halls for a new classroom: the city of Chicago.

The Chicago Center partners with 24 liberal arts colleges to offer student teaching, social work, and internship opportunities all around the city. But their work goes far deeper than fulfilling credit hours.

In neighborhoods throughout the city, the center leverages community partnerships into neighborhood excursions with local activists as tour guides.

All participating students live together in an apartment building in Hyde Park, allowing their community to build a home base on the South Side.

Chesebro, who has worked at the center for around a decade, is carrying on a family legacy. His father, Scott, was director of the center for nearly 30 years before switching into a teaching role.

"I want students to see this city in all of its dynamics," said Scott Chesebro, who is now the center's urban education professor.

"but I really want them to engage with the diversity of this city... Not to help as a missionary, but because they're missing something that they can gain from, you know, crossing a boundary."

Marketing director Cameron Dreher-Siefkes is an alumna of the program and worked as an apprentice before joining the staff full time.

"When you're surrounded by people who look like you and think like you, you don't really have a very expanded world view," Dreher-Siefkes said.