Best Super Bowl commercials of 2020 made us laugh, cry and think 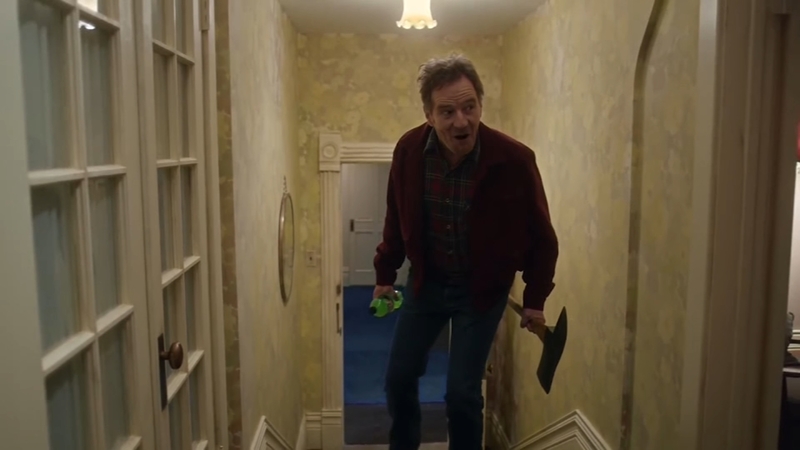 In the real world, political primaries are looming, impeachment is ongoing and heavy news never seems to stop. But during commercial breaks in the Super Bowl, advertisers did their best to serve up an antidote heavily spiked with fun.

True, political ads did invade the game, with President Trump and Michael Bloomberg, one of his Democratic challengers, both running spots. But mostly advertisers struck back with millions spent on celebrities, humor and even some weirdness.

Professor Derek Rucker of Northwestern University breaks down the best and worst Super Bowl ads of 2020.

Since the Super Bowl fell on Groundhog Day this year, it was nearly inevitable that there would be a nod to the classic 1993 movie. Jeep took the ball and ran with it, painstakingly recreating the town square and other locations from the film and casting original actors Bill Murray, Brian Doyle Murray and Stephen Tobolowsky. The twist: instead of a Chevrolet truck, Murray uses a Jeep Gladiator truck for his daily exploits.

"Just let us have fun," said Stacey Wykoski, an administrative assistant in Grand Rapids, Michigan who watched the game at a Super Bowl Party with around a dozen people. "We're going to be so deluged with political ads over the next nine months."

For the most part, Super Bowl advertisers tried to oblige. They stayed away from social-cause messages and focused on lighthearted ads, stuffing them with popular celebrities, hit songs, funny dances and other gambits to appeal to Americans.

"This year it's all about a return to Super Bowl basics," said Kelly O'Keefe, managing partner of consultancy Brand Federation. "This is a year of pure escapism at a time when we all crave a little escape."

The Super Bowl is always attracts automakers launching a new vehicles, and this year nearly every carmaker touted an electric car.

The Quiet Revolution is going to be electric. See it 5.20.20 Introducing the First Ever #GMCHummerEV @KingJames https://t.co/faER1I7gRp pic.twitter.com/fpiP2MwOXa

Vote for me so I have something to bring up next time John mentions his EGOT. #ad #YoungLuxury #GV80 @GenesisUSA https://t.co/BSpDyMJtzb

Porsche promoted its Taycan electric car with a frenetic car chase. And Ford showed off its electric Mustang with the help of Idris Elba.

A tinge of weirdness crept into this years barrage of humor and celebrities. Quicken Loans Rocket Mortgage had an unsettling ad that showed "Aquaman" star Jason Momoa, known for his buff physique, heading home to "be himself" - as he strips off his muscles and hair to reveal he is skinny and bald.

So comfortable, it's a little … uncomfortable. 👀 See Jason Momoa like you've never seen him before — at home.

TurboTax tried to tie doing taxes into a CGI-enhanced dance of wobbling knees to a bouncy song, "All People Are Tax People."

Snickers imagined a world where people sing on a hilltop (an homage to a famous "Hilltop" Coke ad) about digging a giant hole and putting a giant Snickers in it because the "world is out of sorts."

And Pringle's enlisted Adult Swim's animated "Rick and Morty" duo with a meta ad in which the characters realize they're stuck inside a Pringles commercial.

Cheetos capitalized on nostalgia by using the 30-year old MC Hammer classic "U Can't Touch This." The snack-food ad featured a man with bright orange Cheetos dust on his hands who can't stop to help move furniture or take care of office tasks. Hammer himself - "Hammer pants" and all - also kept popping up to utter his iconic catchphrase.

Charles Taylor, marketing professor at Villanova University, said many ads were "busy" with a lot going on. "They're going by quickly and it is hard to pick everything up."

That was true for Mark Nelson, watching the game at home with friends in Chicago. He said the Hard Rock ad stopped conversation at the Super Bowl party he was at, but "the story overwhelmed the brand. As one of my friends said, "I have no idea what that was for,'" he said.

QUIET MESSAGES
Advertisers worked hard to avoid the return of "sadvertising" from a few years back - when Nationwide Insurance did an ad about a child who died, among other gloomy spots - and generally steered clear of polarizing issues like income inequality or immigration as we saw in 2017.

Watch: Amazon's commercial that looks back at a time before Alexa
EMBED More News Videos

But there were still some serious messages in the mix.

The NFL ran a 60-second ad about the devastation police violence has on families and its Inspire Change Initiative that was created to spread awareness of social justice issues. But some criticized the ad as league hypocrisy given the exile of former player Colin Kaepernick over his activism on similar issues.

Kapernick started a wave of protests about social and racial injustice by kneeling during the national anthem at games. "Every attempt by the @NFL to rehabilitate its image among Black viewers will ring hollow as long as Kaepernick is still unsigned to an NFL team," tweeted Rashad Robinson, president of advocacy group Color of Change. "You cannot co-opt his message and blackball him at the same time."

Microsoft showcased Katie Sowers, the first female coach in a Super Bowl game. And New York Life focused on the different types of love in its ad. Verizon enlisted Harrison Ford to voice an ad that salutes first responders.

Google's ad stood out. It features a man reminiscing about his wife, using the Google Assistant feature to pull up old photos of her and past vacations.

Courtney Effinger, watching the game with her family outside of Detroit, Michigan, liked the ad.

"It struck the heart chords," she said. The ad worked because not many ads took the "quiet" approach this year, said Paul Argenti, a Dartmouth College professor of corporate communication.

"That's why it stands out, it's a little bit slower and focused on a social theme," he said.