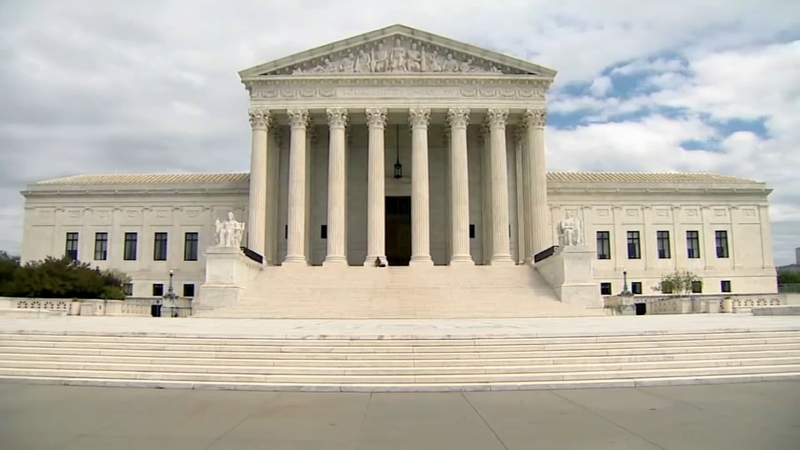 CHICAGO (WLS) -- The Supreme Court on Friday allowed a Texas law that bans most abortions to remain in effect for now. But in an unusual move the justices said they want to hear arguments in the case at the soonest opportunity.

Those arguments at the high court on Nov. 1 will help the justices decide whether the law, the most restrictive abortion law in the nation, should be blocked while legal challenges continue.


The law, known as Senate Bill 8, has been the subject of a series of legal challenges since before it went into effect in September, and it made one previous trip to the high court. Except for a brief window when a lower court judge blocked it, however, it has remained in place. That has meant that most women in Texas seeking abortions have been unable to get them unless they travel out of state.

Supporters and opponents of abortion rights across the country, including in Illinois, will be paying close attention to the high court. It comes just one month before the court is set to hear a milestone abortion rights case out of Mississippi.

"I think it's possible that there may be a victory for the pro-choice movement from Supreme Court on this particular issue but the real question is what are they are going to rule on Dobbs v. Jackson," said Eric Scheidler, Pro-Life Action League.

"We have to remember that these laws affect real people who have real lives and it is wrong that in this day and age in 2021 that your right to healthcare is based on what state you live in," said Brigid Leahy, Planned Parenthood Illinois Action.

SB 8 will remain in place until the court makes its decision. That could take weeks to months after a case is argued.


The law allows private citizens, including those who live outside of Texas, to sue a person they "reasonably believed" provided an illegal abortion or assisted someone in getting the procedure in the state. Scheidler worries about the implications of the Texas abortion law.

"I have seen some concerns raised even from conservative writers about this, the possibility that a similar type of strategy could be used in blue states rather than a red state like Texas to stop people from doing things on the more liberal side that people would oppose, say like owning firearms," he said.

Leahy said some Texas residents have been travelling to Illinois for abortions.

"Also, we are seeing that because there has been an influx of patients in the states surrounding Texas, the patients in those states are now facing difficult accessing services in their home states so it's becoming a cascading effect," she said.