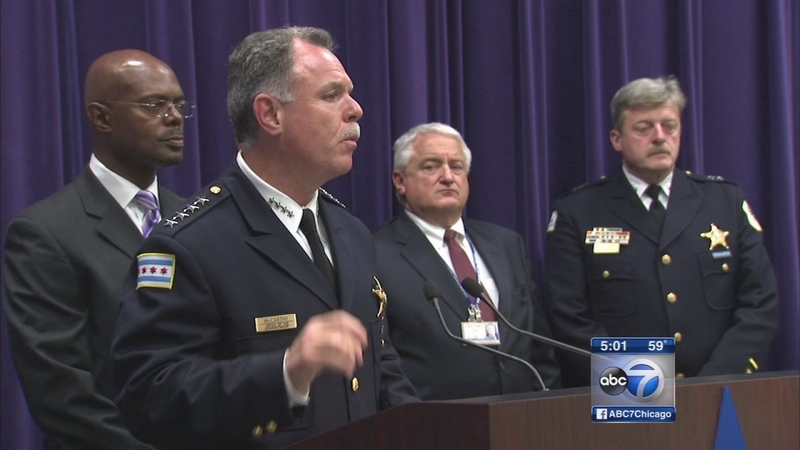 CHICAGO (WLS) -- Chicago's top cop is under fire after the city experienced its deadliest September in 13 years.

"We could make a billion gun arrests a year and it's not going to make a difference," McCarthy said.

As Chicago achieved yet another murder milestone this week, the man in charge of keeping the streets safe offered the same answers: "yes" to stricter gun laws; "no" to the need for more police. That's not sitting well among some at Chicago City Hall.

"If a person says they've done all they can do and we're still having these problems, sometimes that speaks for itself," Chicago Alderman Anthony Beale, Ward 9, said.

Supt. McCarthy may be on the hot seat, but he's got company. While Chicago murders are up 20-percent over last year, Milwaukee has seen a 76-percent surge and St. Louis homicides are up 60-percent, according to the US Justice Department.

US Attorney Zach Fardon said Monday that the motivation for many shootings makes them hard to stop.

"In Chicago, our problem has become more unwieldy. We're seeing more and more indiscriminant shootings, social media spats that are resulting in spraying bullets an often with kids at either or both ends of the gun," Fardon said.

"What else can he do? Be out there 24 hours, 7 days a week? It's impossible," Chicago Alderman Milly Santiago, Ward 31, said.

While some aldermen come to the defense of Chicago's top cop, his most important ally continues to be the man who hired him. Chicago Mayor Rahm Emanuel said police aren't the problem.

"Culture, economics, history of violence, family breakdown. If you think the police department is going to resolve that on their own, that's not true," Chicago Rahm Emanuel said.

The police manpower debate and the overall outrage over recent shootings will be front and center next week when Supt. McCarthy goes before the City Council for budget hearings. He's also planning on having meetings with aldermen to address their questions and concerns.