CHICAGO (WLS) -- A door of death opened the moment boxcars, crammed with Jews from across Europe, arrived at night on the long train tracks that cut through the center of the concentration camp. Fritzie Fritzshall was 13 years old the night she arrived there at the largest camp at Auschwitz, known as Auschwitz II or Auschwitz-Birkenau. At the chaotic end of a days-long journey, she said she heard an urgent warning from a prisoner already in the camp.

"He knew that the children under the age of 15 would go to the gas chambers," Fritzshall said. "He saw young children like myself and he whispered in Yiddish, in Jewish, all I kept hearing was, 'you're 15, remember you're 15.'"

Lying about her age, in that moment, made the difference between life and death.

"We lined up and our children, the young children, were pulled away. If the mother didn't want to give up the child she went with the child, but she didn't know where she was going," Fritzshall said.

She said one group was spared for another day and another was sent directly to the gas chamber. In that confusion, a crucial heartbreaking mistake.

"Was this the last spot you saw your mother alive?" Alan Krashesky asked.

On arrival, women were separated from men and families were torn apart. Fritzshall was never reunited with her two younger brothers. She lived in a crowded barracks, packed in sleeping quarters. 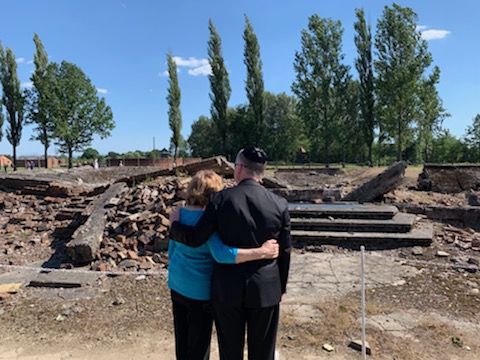 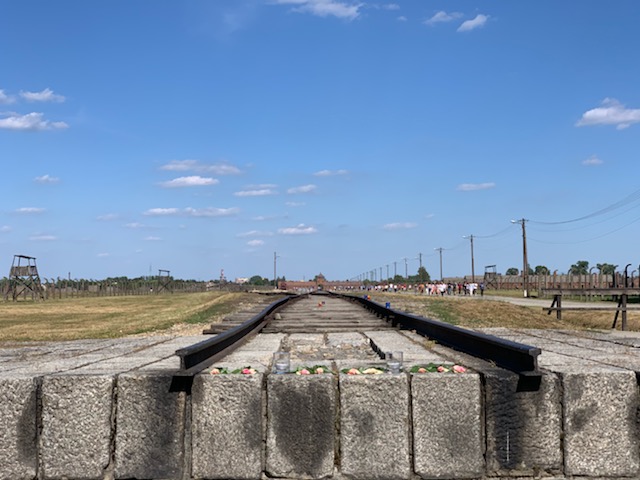 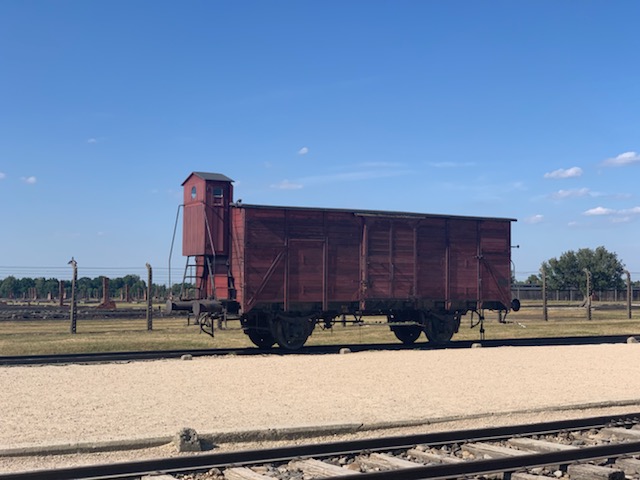 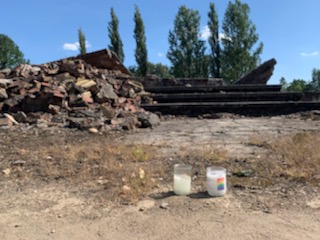 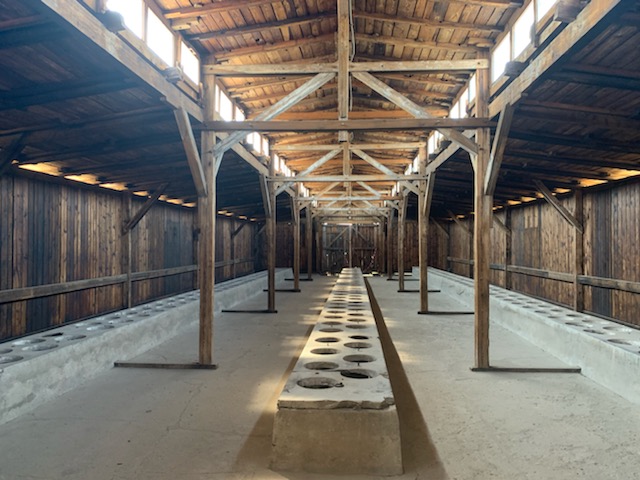 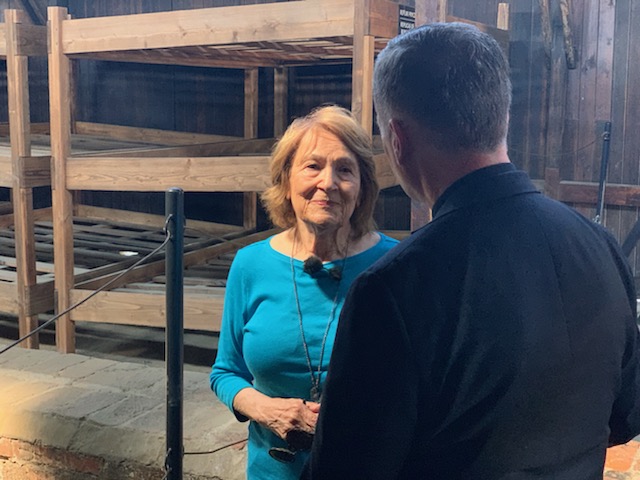 1 of 6
Holocaust survivor Fritzie Fritzshall and Chicago Cardinal Blase Cupich embrace in front of the ruins of the gas chambers at Auschwitz.

The camp attempted to strip any essence of human dignity from the prisoners who were here. Inside barracks on the site you can still see an example of the camp's bathroom or latrine, a huge open room with rows of holes that are in concrete on the floor.

"Several hundred women were coming in at the same time using the bathroom, so, can you imagine the dignity where you sit on one of those?" Fritzshall said.

And yet in this sordid place prisoners found a brief respite, where meetings took place and where prayers were said.

"The latrine to us was very important," said Fritzshall. "The latrine is the only place that the Germans wouldn't come into."

Her life was saved more than once, but in particular, Fritzshall said, by 599 women who lived and worked with her in forced labor and near starvation. They gave Fritzie, the youngest, their ration of crumbs.

"It's astonishing that people could find deep within them a sense of love and generosity to help someone even though they were suffering so much," said Cardinal Cupich.

"I never forget those 599 women or I wouldn't be here today," Fritzshall said. "I see them in their rags. I see them lining up to give me a crumb when they're hungry. I'm not sure I've fulfilled my promise but I certainly have tried."

Her promise is to tell this story. At the end of this return visit to Auschwitz, the nearly 90-year-old survivor lit a candle at the ruins of the gas chamber for her mother, her two brothers, for the more than 1 million people who died there and the 6 million Jews and others who perished in the Holocaust.

Then the group said the Mourner's Kaddish, its words sailing over Auschwitz, the memorials and the train tracks that brought them here, not to be forgotten.