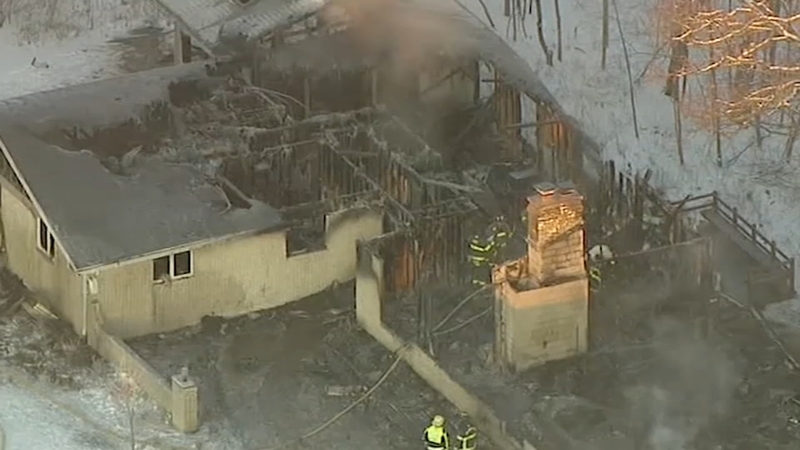 MINOOKA, Ill. (WLS) -- A 57-year-old woman and her five-year-old grandson were killed in a fire in Minooka Friday morning, authorities said.

The Channahon Fire Protection District and Minooka Police Department responded to the fire in the 24500-block of Bell Road at about 12:44 a.m.

The mother was in the family room when the fire started. She and her young son were able to make it out of the home. They were treated at a hospital and released, the Minooka fire chief said.

"When they arrived, firefighters were approached by the mother, and she told them there were two individuals trapped inside," Minooka Police Chief Justin Meyer said.

The ranch-style farmhouse on Bell Road is a quarter mile from the main street, which in the dark and bitter cold conditions presented a challenge to the several fire departments that quickly responded.

"We'll risk a lot to save a lot, and that's the choice we make," said Channahon Fire Chief John Petrakis. "I'm proud of my men and unfortunately, my heart goes out to the family who is affected by this."

Crews were able to quickly get water on the home and rush inside.

"We were fortunate enough to have hydrant right there at the corner of the driveway on South Bell Road for the duration of the incident," Chief Petrakis said.