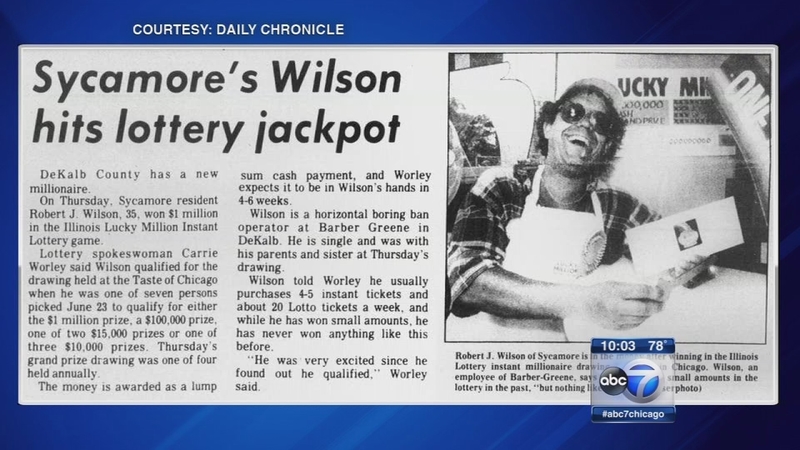 SYCAMORE, Ill. (WLS) -- A homicide investigation is underway in DeKalb County after an 85-year-old woman and her 64-year-old son were found beaten to death in rural Sycamore.

"Didn't flaunt it, you would never know it. They just drove regular vehicles, they were regular people," said Bret Miller.

"Our hearts go out to the family. This is a terrible crime perpetrated on elderly mother and her son. I can assure you that the DeKalb County Sheriff will do everything possible to find who is responsible for this crime," said Chief Sheriff's Deputy Andy Sullivan.

The home sits a few hundred feet back from the road and is surrounded by trees. The property is filled with cornfields. Police said it's unlikely neighbors or passersby would have noticed anything suspicious going on inside.

Sullivan asked people in the area to keep an eye out for Patricia Wilson's car, which was missing from the property. It's a white, four-door 2010 Chevy Impala with Illinois license plate number 9030980.

Police are investigating whether the killer or killers may have entered the property from a popular bike trail that connects Sycamore and St. Charles, and which runs behind the home.

"The cops just stopped me, questioned me because I was on the path yesterday afternoon. Just asked if I saw anything out of the ordinary, which I didn't," said Niki Doyle, a Sycamore resident.

There is no indication that the suspect or suspects are still in the area, Sullivan said. But since there is no suspect in custody, he asked residents to be extra vigilant and make sure to take safety precautions - keep doors locked, use exterior lighting, be aware of surroundings and report suspicious behavior. Police have also not said if anything was missing from the home, which could indicate robbery as a motive. So far, police have not commented on possible motives at all.

Many who live in the quiet town are shaken.

"It's a scary sight that it's so close. And to take an elderly's life away for such a small thing, why would you do that," said Bryce Parton.

"People with children are being more protective right now, everyone is locking their doors, closing their windows. Things you would normally do but that we don't always do out here," Miller said.