Tammy Duckworth running against Mark Kirk for US Senate 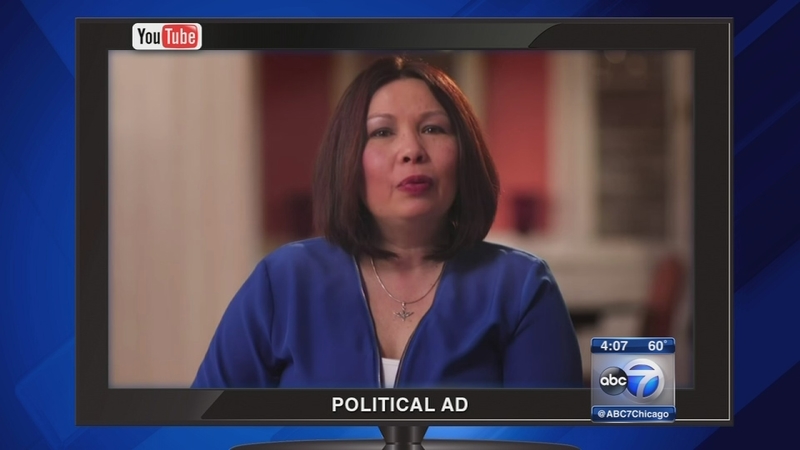 The Democrat announced her candidacy with a video posted on her website in which she says it's time for "Washington to be held accountable and put Illinois' families and communities first." Duckworth v. Kirk could be one of the most hotly contested races in 2016.

Duckworth, an Iraq war veteran and double amputee, was elected to the House in 2012. She's in her second term in Illinois 8th District, which covers the west and northwest suburbs.

Two weeks ago, Senator Kirk kicked off his campaign with a fundraiser. At that time, eh addressed the possibility Duckworth could run against him.

"The race, I would say, I would come in as the favorite. If she runs with just one term in office we would defeat her and she would be out of a job," he said.

Duckworth is the first Democrat to announce her attention to run against Kirk. Representatives Bill Foster and Robin Kelly have also been mentioned as possible opponents.

Kirk supporter State Sen. Matt Murphy says the U.S. senator's ability to reach across the aisle is what sets him apart.

"None of them has a record that Senator Kirk has of independence, standing up for fiscal sanity in Washington and being willing to stand up to his own party," Murphy said.

Illinois is Democrat-friendly territory, and Duckworth's campaign could represent one of the best chances for Democrats nationwide to pick up a seat as they try to regain Senate control. History shows it's hard for Republican to win statewide office during a presidential election year and the Democratic National Party is expected to pour a lot of money into the race to unseat him, no matter who ends up being the nominee.