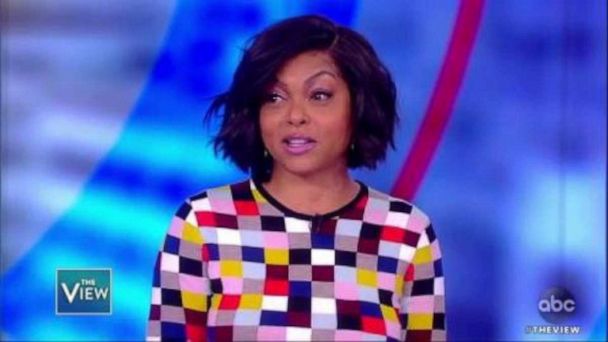 Taraji P. Henson, who's starred alongside Jussie Smollett in "Empire," spoke on "The View" about his dropped charges surrounding an alleged attack police said he fabricated.

Henson said she talks to Smollett "all the time, and he's doing well."

As the show gears up for its sixth season, she said Smollett will star in it, adding, "I haven't heard anything else."

The actress shared the main focus of the "Empire" team right now is to "drum up some really good juicy stuff" for fans in the next season.

Henson told USA Today last week she's "happy ... the truth has finally been set free, because I knew it all along."

On Jan. 29, Smollett said he was attacked late at night near by two masked men in Chicago. He claimed to police they poured "an unknown chemical substance" on him, possibly bleach, and wrapped a rope around his neck.

As doubts about his story picked up steam, police questioned two brothers in connection to the alleged attack, who told authorities Smollett allegedly paid them to help stage the crime.

Smollett was later indicted on 16 felony counts by a grand jury of felony disorderly conduct in relation to filing a false report.

Prosecutors dropped all 16 felony disorderly conduct charges against Smollett last week, despite claiming he fabricated an attack on himself in January in part to get a pay raise.

Henson has starred alongside Smollett on "Empire" as his on-screen mom, Cookie Lyon, since the show's premier in 2015.

Smollett's role as Jamal Lyon has been considered groundbreaking for the positive depiction of a black gay man on television.

Jamal Lyon deals with addiction, a parent disapproving of his sexuality, gun violence and more on the show. His character was cut from the final two episodes of the show's fifth season.

In a statement to ABC News, Fox, which airs "Empire," said, "Jussie Smollett has always maintained his innocence and we are gratified on his behalf that all charges against him have been dismissed."

In March, executive producer Brett Mahoney said Smollett's case was "a lot to deal with and a lot to go through, but we're really just focused on finishing strong."