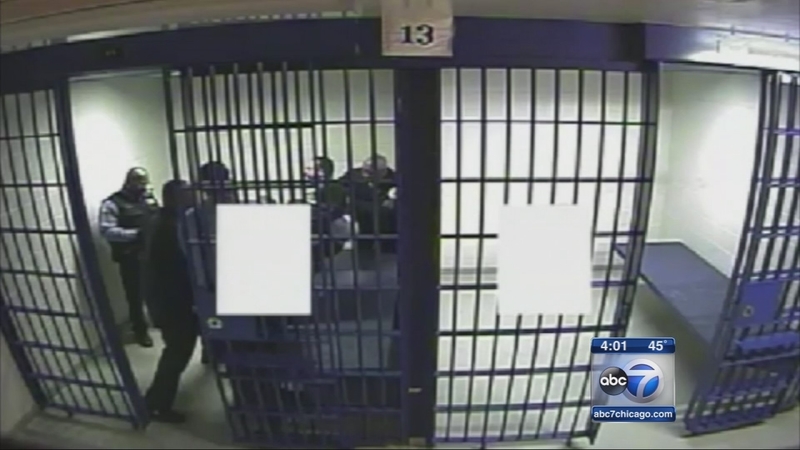 Percy Coleman and the family's attorney, Ed Fox, spoke the day after Chicago Police Department video of the jailhouse incident was released.

Coleman, 38, was arrested in December 2012 after attacking his 69-year-old mother at their home during a psychotic episode, his first, Fox said. The University of Chicago graduate was taken to jail although is family asked that he be taken to a mental hospital, his family said, and police were aware of his mental condition.

Several hours after his arrest, Coleman was Tasered by police inside a cell when he stood up as asked, Fox said, then he was placed in a chokehold, rendering him unconscious. The video that was released shows the officer Tasering Coleman, placing him in a chokehold, and dragging Coleman's limp body out of the cell by his wrists.

"When he's unconscious, he's pulled out, dragged out like a rag doll," Fox said.

Coleman was taken to Roseland Hospital, where he was given a sedative. He died from an allergic reaction to the drug, according to the autopsy. Fox argues Coleman was susceptible to Neuroleptic syndrome because he was Tasered "up to 15 times."

"In the coroner's report are 51 external injuries, 19 internal injuries. All occurred prior to the drug being administered," Bishop Grant Tavis said.

"They set up the perfect storm to cause his death," Fox said. "This was not an accidental death." 'They would not let me see my son,' Philip Coleman's father says
Percy Coleman, a former police chief with 40 years in law enforcement, said his son has no criminal background and was having a mental breakdown on the day he physically assaulted his mother.

Percy Coleman, a former police chief with 40 years in law enforcement, said his son has no criminal background and was having a mental breakdown on the day he physically assaulted his mother. He said he and a neighbor had to stay between Coleman and police to keep officers from shooting him. He said an officer threatened to shoot Coleman if he kept spitting, but Percy Coleman said his son was bleeding from the mouth and spitting everywhere.

The Coleman family is suing the city of Chicago. They say the city is trying to avoid going to trial, but Percy Coleman said they want their day in court.

"The police do something wrong, they call some people together and then they try to smooth it over by giving you some duckets," he said.

IPRA had closed its investigation in the case, but Chicago Mayor Rahm Emanuel sent out a statement Monday night that said there was no excuse for the way Coleman was treated and he doesn't consider the case closed.

"I do not see how the manner in which Mr. Coleman was physically treated could possibly be acceptable," Emanuel's statement said in part. "Something is wrong here - either the actions of the officers who dragged Mr. Coleman, or the policies of the department. I have not received a sufficient answer on either from IPRA's former leadership."

IPRA said Tuesday night it will reopen its investigation into Coleman's death.