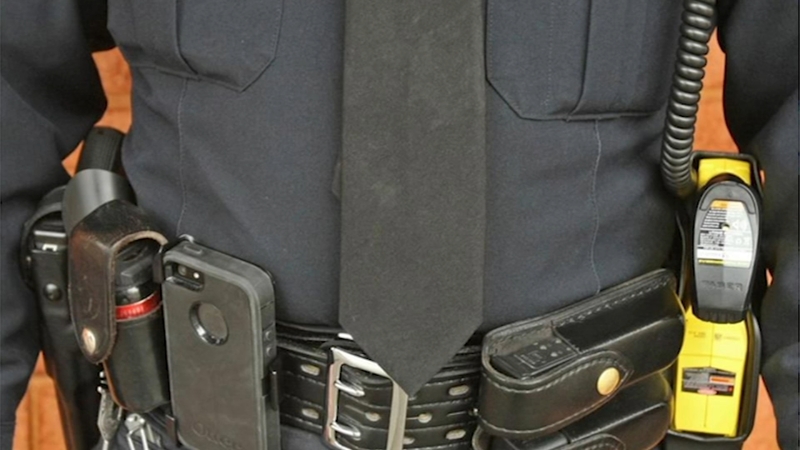 CHICAGO (WLS) -- Following the fatal police shooting of Daunte Wright in Brooklyn Center, Minnesota, the ABC7 I-Team is looking at what policies are in place to keep a similar incident from happening in the Chicago area and across the country.

According to experts, it all comes down to education and experience.

According to the Brooklyn Center police chief, the suburban Minneapolis police officer followed standard police policy, announcing she was about to discharge her Taser-warning nearby officers of the imminent shock charge.

Brooklyn Center police said the officer who fatally shot Daunte Wright meant to draw their Taser but instead drew their handgun and fired once during a traffic stop.

But she had drawn her handgun instead, according to the chief; firing one round, mistakenly killing instead of subduing 20-year-old Wright, who was being arrested on an outstanding warrant.

The duty belts worn by law enforcement officers are jammed with weapons, ammo, and other accessories. Law enforcement expert and former longtime Des Plaines Police Chief Bill Kushner said officers are instructed to holster their gun and their Taser on opposite sides of their duty belt.

"Because you develop a muscle memory going for your firearm, you don't want to have the Taser mounted in front or behind you, because your firearm is a lethal weapon," Kushner explained. "You want the Taser mounted somewhere where it's a distinct movement away from the firearm. Okay, so there will be a cross draw holster if you're a right handed individual you want it mounted on the left side of your body, in a cross draw fashion."

The latest Chicago police policy spells out: "Taser Devices will be carried in a Department-approved holster on the member's support (non-firearm) side."

But on rare occasions, young or inexperienced officers can grab the wrong tool, even though a 9mm handgun weighs about 34 ounces and a stun gun weighs 8 ounces.

"It's got a different grip feel to it, the weight is different. Firearms kind of sit more in the hand back in the palm of your hand," Kushner said.

What happened in Minnesota, he added, should not have gotten to the level of a fatality.