CHICAGO (WLS) -- Four teenage boys restrained a 12-year-old girl and attempted to sexually assault her last month in Cragin on the Northwest Side, according to a community alert from Chicago police.

Police said a group of boys approached a 12-year-old girl in the alley between the 2200 blocks of North Laporte and Lamon avenues on September 23 at around 4 p.m.

One boy held the girl by her wrists while another tried to remove her shirt, police said. Two others acted as lookouts.

One of the boys "stated their intention of raping the victim" but they ran away when a vehicle approached the area, police said.

Investigators are now looking for the teenagers, canvassing the area for surveillance video that might give them a clearer indication of who they're looking for.

Three of the suspects were described as boys between 14 and 15 years old, police said.

One offender was described as standing about 5-foot-5 and 160 pounds with short strawberry blond hair and brown eyes. He wore a black Nike hoodie and black sweatpants.

Another was described as standing about 4 feet tall and 190 pounds with short brown hair and brown eyes, police said.

A third was described as standing about 5-foot-9 and 190 pounds with short and curly black hair, and brown eyes, according to police. He wore a Nike hooded sweatshirt.

The fourth suspect was described as between 13 and 14 years old, stood about 5 feet tall and weighed about 200 pounds, police said.

He had short black hair and brown eyes and wore glasses, a red hoodie, a hat, blue sweatpants and black Air Jordan shoes. 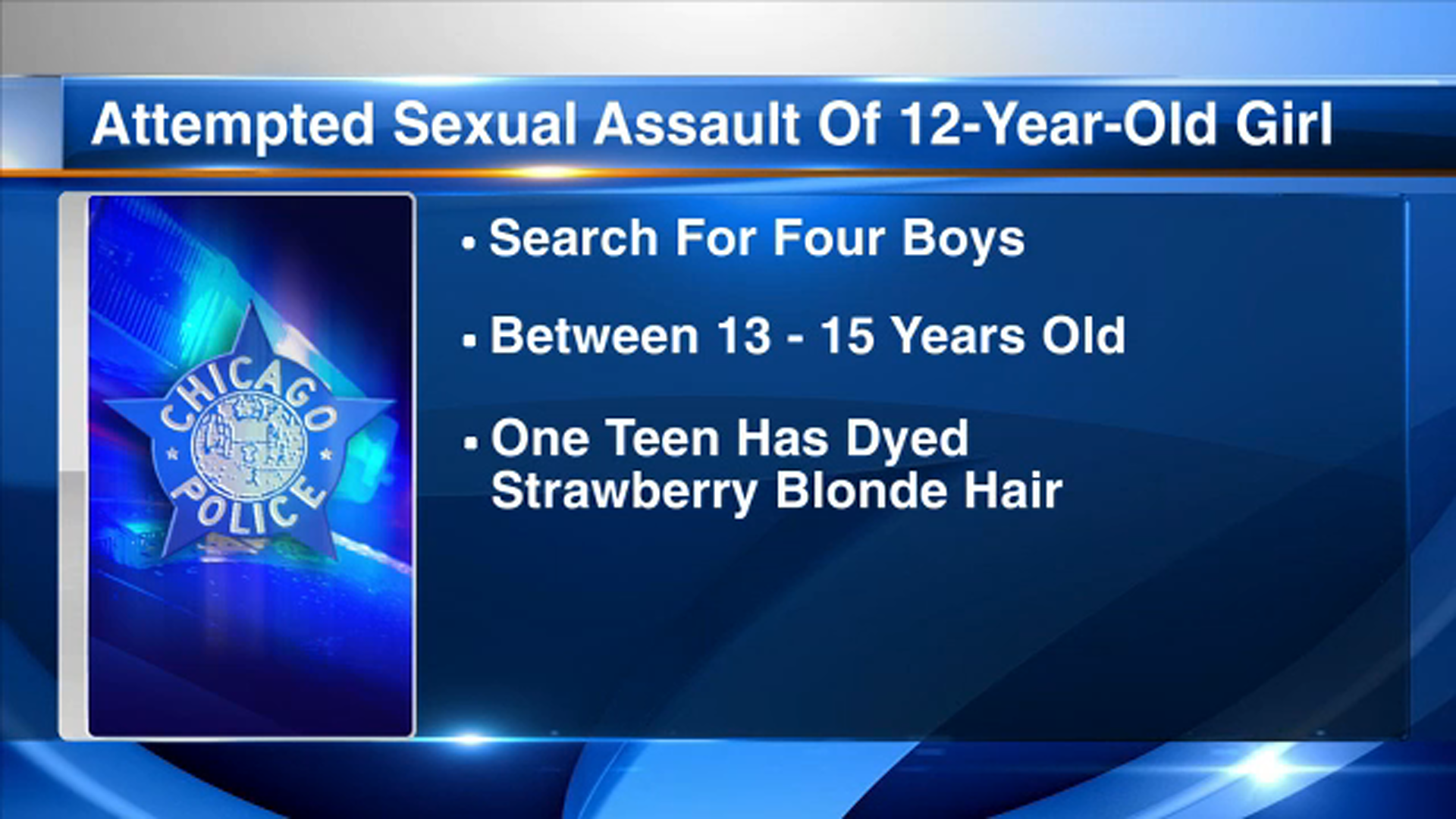 "That's crazy," resident Michael Palmer said about the incident. "That's a school hour, especially if it's a week day."

Police are advising residents in the area to walk in pairs and to be on the lookout.