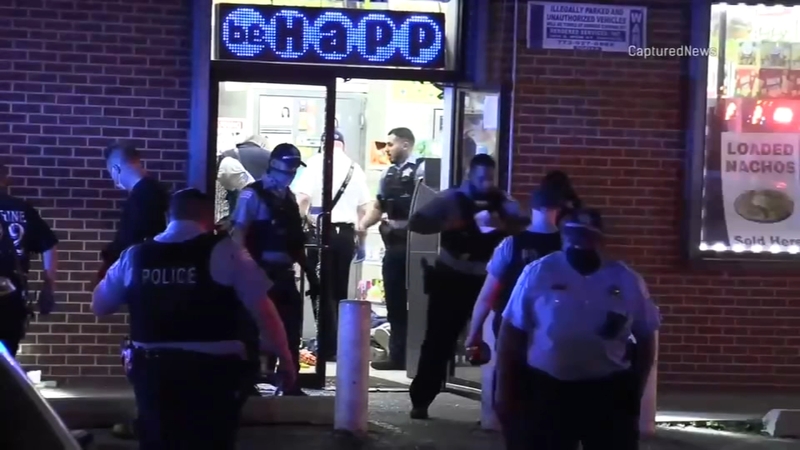 Chicago police said the shooting took place at a food mart in the 1700-block of East 71st Street just before 9 p.m.

The 16-year-old started shooting into the store at two other male suspects inside, CPD said. The pair returned fire, fatally shooting the teen.

A 49-year-old bystander, a customer at the store, was also hit in the neck and head and killed, police said.

The other two shooters left the scene, according to police. No one else was injured.

Both shooting victims were taken to the University of Chicago Medical Center, where they were pronounced deceased.

A door at the food mart was shot out during the incident, and could still be seen Thursday morning.

No arrests have been made in the incident, police said.