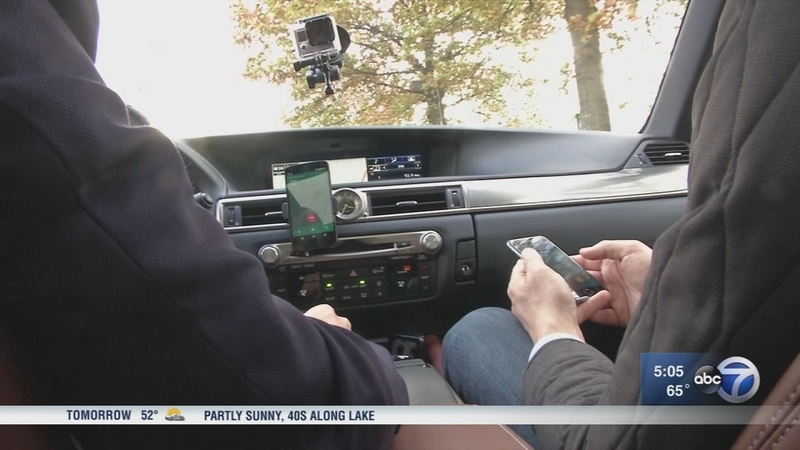 CHICAGO (WLS) -- New technology called a "textalyzer" is designed to tell authorities if texting contributed to a crash.

How does it work? Could it be used here in Chicago?

Deadly accidents caused by texting are on the rise across the U.S. A pair of Chicago aldermen are calling on the Chicago Police Department to look into new technology that can determine if a driver had been texting at the time of the a crash. One they're considering is a textalyzer.

"It's in its very beginning stages of testing and we're gonna look at it," said Ald. Anthony Beale (9th Ward).

The textalyzer is a device developed by the Israeli company Cellebrite. It would allow police officers to detect precisely when a phone had been used while protecting the user's privacy at the same time.

But legal experts doubt the textalyzer can be used as evidence in court if there is more than one person in the car.

"If there is only one driver it's not an issue, but if there are many people in the car, who used the phone will be a critical issue," said Harold Krent, dean of Kent School of Law.

Krent said police already have subpoena power to take a phone found at an accident scene to determine if it was being used at the time of an accident. While the textalyzer may or may not be the ultimate answer for Chicago, Ald. Beale said he hopes talking about it will put pressure on phone companies to come up with their own technology to curb texting and driving.

"Something needs to give and we've been trying to work with the industry - AT&T, Verizon - to create an app or something to shut the phone of from texting if you are moving a certain speed," he said.