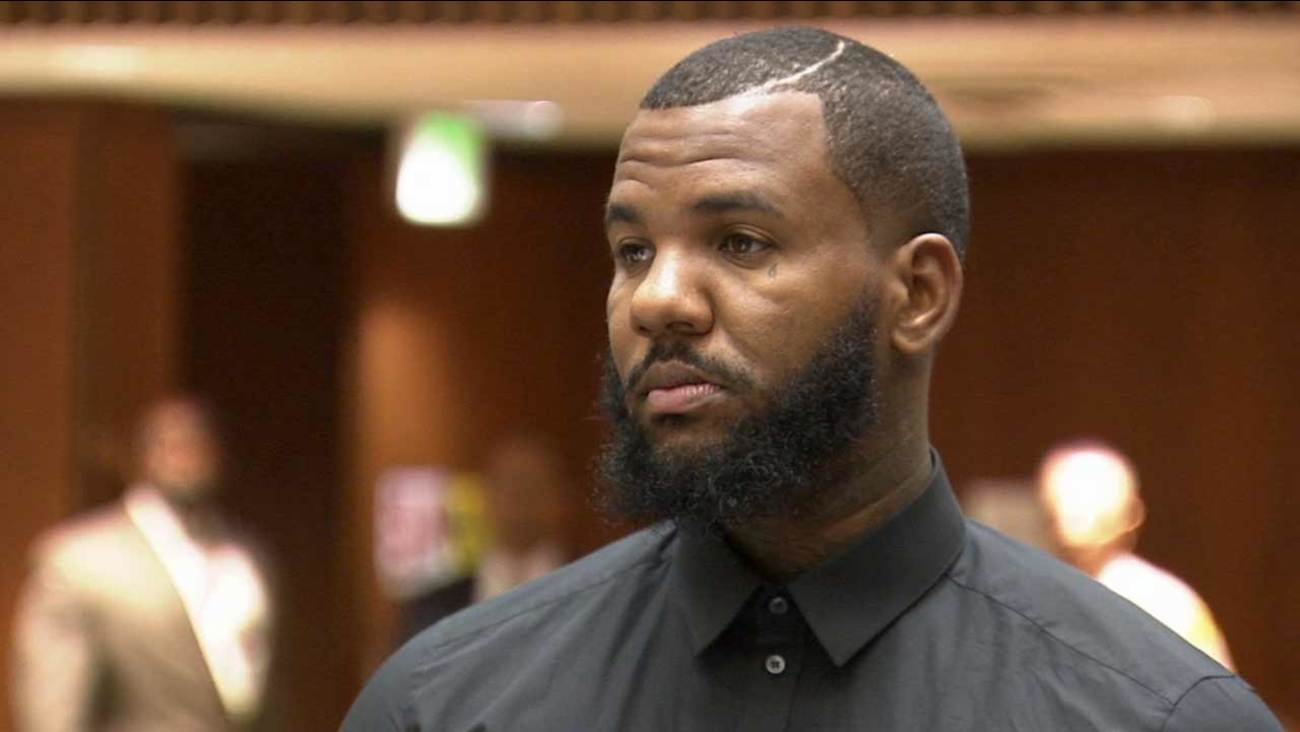 The Game pleads not guilty to charges of assaulting an off-duty police officer in a downtown Los Angeles courtroom Monday, June 29, 2015.

LOS ANGELES -- Rapper The Game was ordered to pay his former nanny more than $200,000 after defaming her in a rant on Instagram.

Karen Monroe sued the 35-year-old rapper for defamation and intentional infliction of emotional stress in July of 2013 after he allegedly accused her of neglecting his children in an Instagram post.

The Game, whose real name is Jayceon Terrell Taylor, said that he caught Monroe having sex with her boyfriend in his daughter's bedroom, and that she smoked and drank heavily on the job. He also said Monroe left northern California to "escape from her past of inappropriately touching children."

On June 10, Los Angeles Superior Court Judge Mitchell Beckloff issued a $200,627 default judgment against the rapper after he failed to respond to the suit.

Jayceon Terrell Taylor aka The Game seen at his Private Black Friday Birthday Dinner at Philippe on Friday, November 29, 2013 in Beverly Hills, California.

Meanwhile, The Game pleaded not guilty Monday in a downtown Los Angeles court to charges of assaulting an off-duty police officer at a pickup basketball game at Hollywood High School on March 29. The incident was recorded and later posted online.

The victim, Onyebuchi Awaji, filed a lawsuit against the rapper back in April claiming he was "sucker punched." He's asking for more than $12 million.

The Game faces a felony charge of making a criminal threat and a misdemeanor count of assault and battery. If convicted, he faces up to three years in prison.