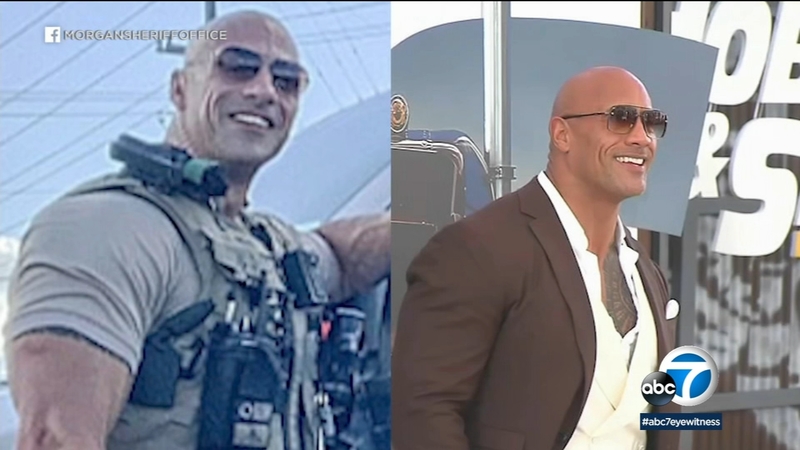 Dwayne "The Rock" Johnson has responded to a look-alike fan.

Days after the photo went viral, Dwayne Johnson tweeted, "wow, guy on the left is way cooler. stay safe brother and thank you for your service. one day we'll drink teremana."

Teremana is a tequila brand founded by Johnson.


"It's cool that the Rock looks like the real hero, Lt. Fields!," one person wrote.

"Can he swing by my house, I need to confirm he looks like the Rock as well," one woman commented.

"He sure does, can u smell what the rock is cooking," wrote another.

According to Alabama news outlet AL.com, Lt. Fields has worked with the Morgan County Sheriff's Office for 17 years in various roles.

"I've been called The Rock and Vin Diesel's love child," Fields told AL.com. "I go along with it. It's humorous. It's flattering. It could be worse people, I guess."