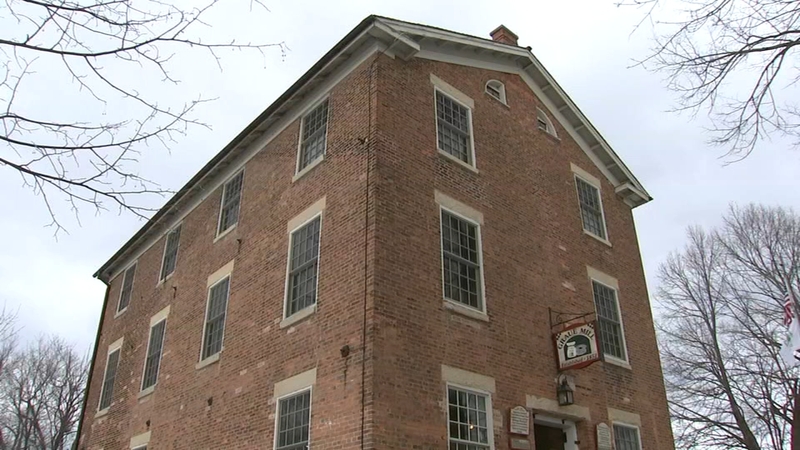 CHICAGO (WLS) -- Most have heard about the Underground Railroad, but few know of the role Illinois played in helping runaway slaves get to freedom.

West Town Museum of Cultural History curator Jeri Stenson, who co-founded the Maywood museum, is one of the original researchers who uncovered the western suburb's historic connection to the Underground Railroad.

Built in the 1840s and bounded by the Des Plaines River, railroad tracks, and a stagecoach route, the safehouse served as a refuge for freedom seekers until the end of the Civil War.

"This house was built there just a short distance where you could go in there and not be seen before moving on to your next stop," said Michael Rogers, who designed the Underground Railroad memorial.

It was torn down in 1927 and a fast food restaurant now sits on the tract of land. And so does a plaque and memorial designed by Rogers marking the spot for its significance.

But author Glennette Tilley Turner says this area is not so unique.

"If you drive across any of the rivers of Illinois or take a Metra train into Chicago or walk along the lakefront, you're retracing in the route of the Underground Railroad," she said.

Turner has written at least a dozen books on the subject and says as a free state, Illinois easily became a part of the Underground Railroad because of its proximity to the Mississippi River and several states where slavery was legal.

"The roads and railroad and even the waterways in Illinois, [are] all almost like spokes in a wheel pointing toward Chicago," Turner explained.

The Graue Mill in west suburban Oak Brook has a hidden history of helping slaves to the promised land by hiding them in the basement of the grain mill.

"A lot of people don't know that this happened in this area," Graue Mill board member Karin Jamowski said.

The Underground Railroad was an invisible, but real collection of escape routes and passageways beginning in slave states and ending in the north. Freedom seekers were guided by "conductors" and helped by Black and white abolitionists using secret codes hidden in quilts.

"You look at the quilt, the design in it, you might be able to see a human face in it, a direction pointing left or right," museum volunteer Dorothy Hall explained. "Now slaves didn't know left or right, but they did know direction."

It's unclear exactly how many freedom seekers came through the area or if the Underground Railroad's most famous conductor, Harriet Tubman, ever came to the Midwest. Those fighting to preserve this history say it's worth saving.