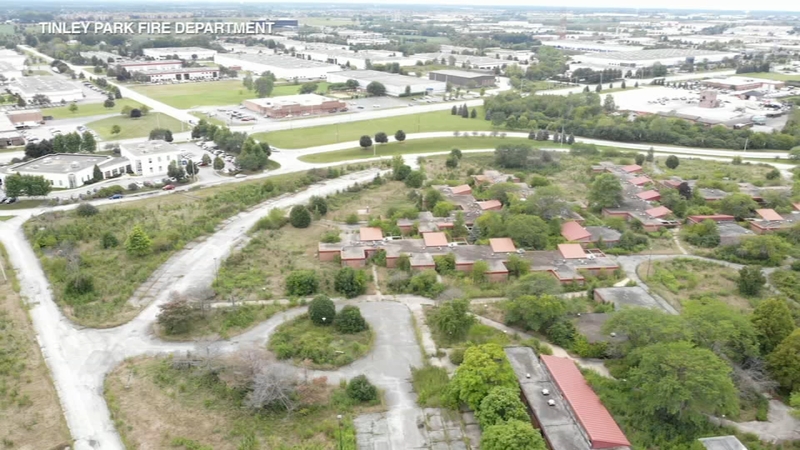 TINLEY PARK, Ill. (WLS) -- More than 250 acres of prime real estate near highway and rail transportation in Tinley Park has been sitting abandoned since the state closed a mental health facility eight years ago.

And there's a big problem.

"It sits in the center of town, and it's filled with contaminants that are dangerous to the community," said Nancy O'Connor, a concerned resident who has been following this issue closely for the last few years.

Those contaminants include asbestos, mold and mercury, to name a few.

The state estimated cleaning it up would cost about $13 million five years ago. Village officials predict it would be much more now.

Despite that the village has offered to buy the property, they said several developers are interested.

Most recently, the state rejected a proposal involving a horse racetrack and casino. That developer offered to clean up the property at no cost to the state.

"We know we can get developers to come in and clean it up. They would take it off the state's hands and the additional tax dollars to help the state too," said Village Manager David Niemeyer.

Niemeyer said the state broke off negotiations to sell the property to the village late last year.

Currently there are signs that say "no trespassing" surrounding the perimeter, but some residents said that hasn't deterred homeless from sleeping on the property, or thieves from stealing copper from the buildings.

Officials are now working with Congressman Dan Lipinski to find a solution.

"If this were privately owned, the state would have forced them to clean it up and demolish the buildings," Nancy O'Connor said.