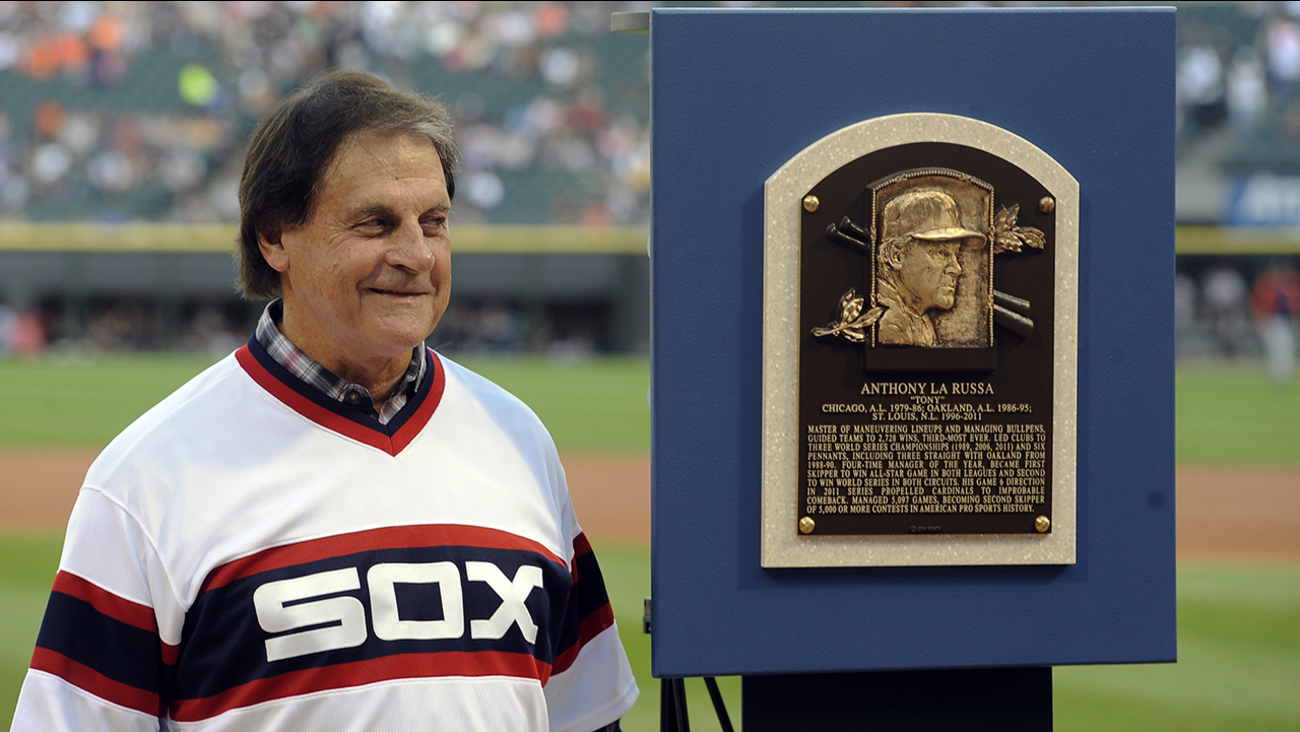 Tony La Russa stands with his Major League Baseball Hall of Fame plaque before the second game of a baseball doubleheader against the Detroit Tigers in Chicago. (AP Photo/Matt Marton)

CHICAGO (WLS) -- Chicago White Sox manager Tony La Russa is reportedly charged with driving under the influence in connection with an incident in Arizona earlier this year.

Citing court records, ESPN reports La Russa allegedly ran his car into a curb on Feb. 24, leaving it smoking on the side of a Phoenix-area road.

The 76-year-old Hall of Famer was named new manager of the Sox last week. La Russa has not managed in MLB since 2011 when he retired as manager of the St. Louis Cardinals.

He started his career with the Chicago White Sox from 1979 to 1986, where he helped the team to the Al West division title in 1983. He was later fired by then-general manager Ken "Hawk" Harrelson.

The White Sox declined comment, but confirmed they were aware of the arrest before they announced his hiring.