PALM SPRINGS, Calif. -- Coroner's officials on Monday identified 11 of the 13 victims who were killed in a tour bus crash near Palm Springs over the weekend.

The bus was returning to Los Angeles from a casino trip when it slammed into the back of a semi-truck early Sunday morning.

All of the victims were Los Angeles residents except Corvera, who was a Palmdale resident. Two of the deceased remain unidentified, only described as an adult female and an adult male. 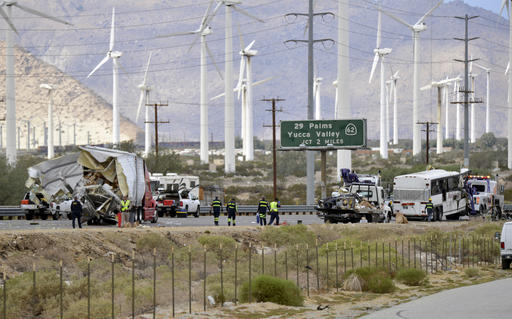 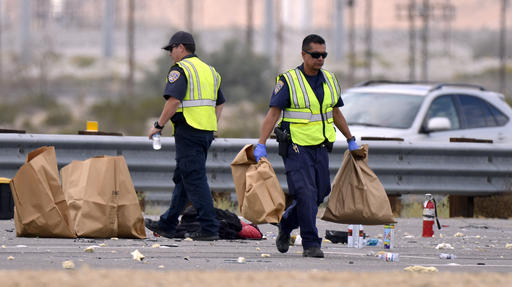 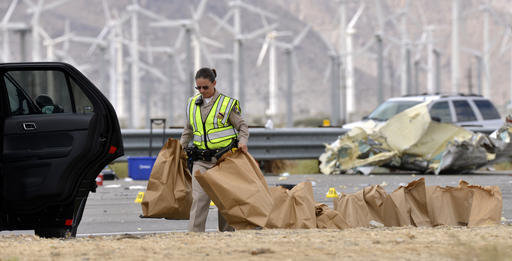 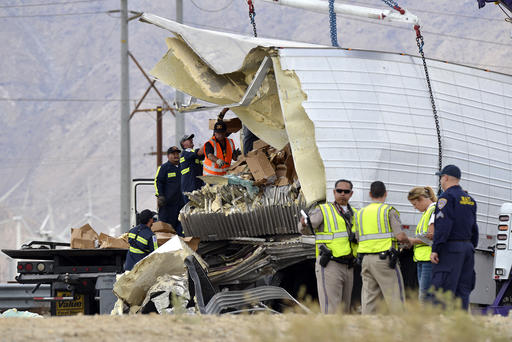 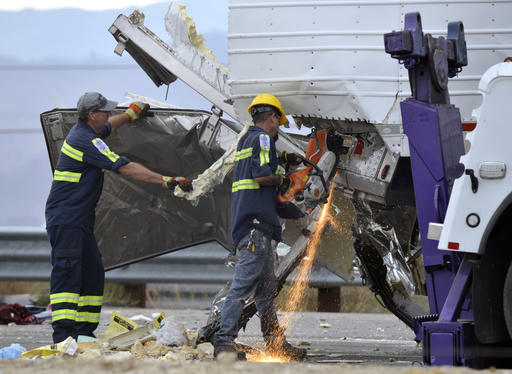 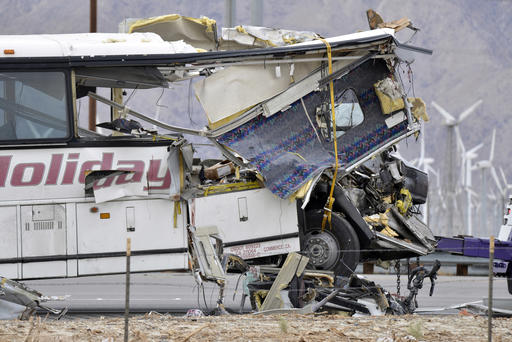 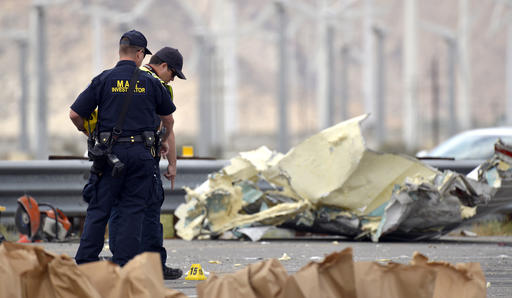 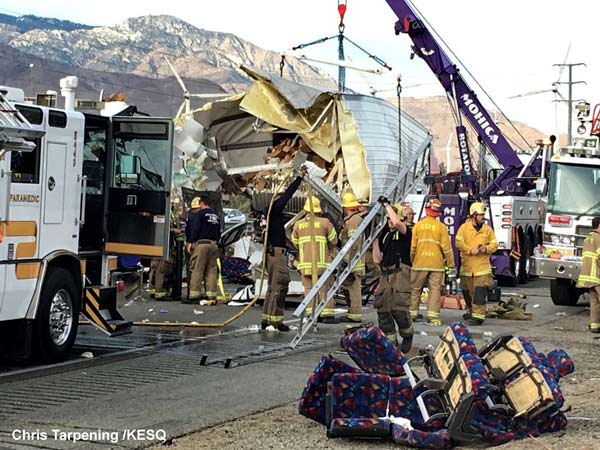 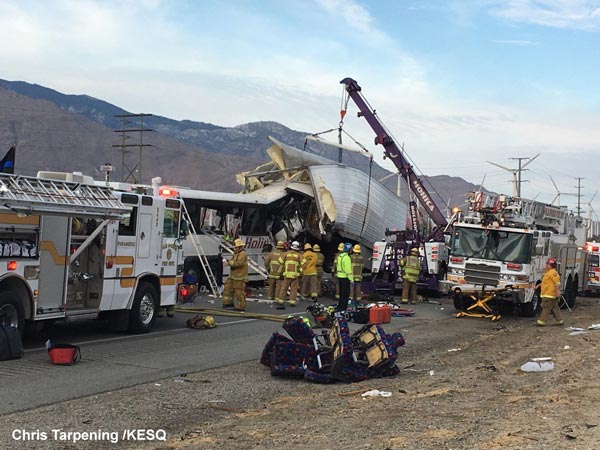 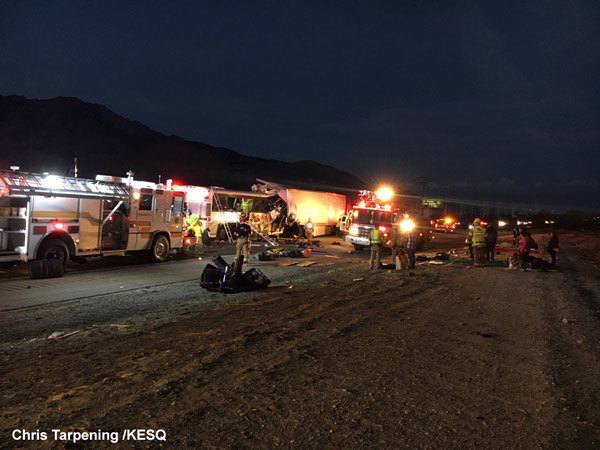 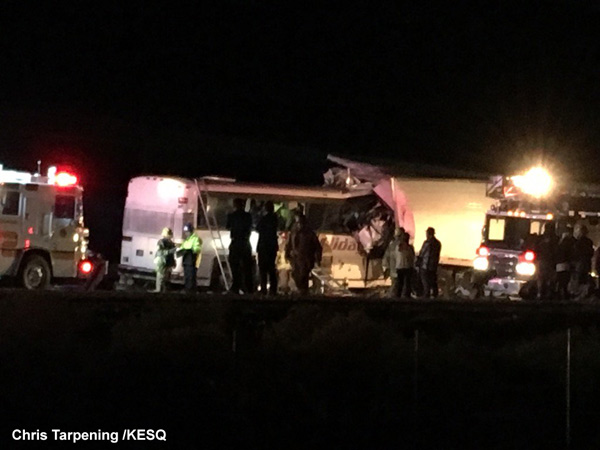 The wreck occurred on the 10 Freeway, just west of Indian Canyon Drive. According to authorities, the bus was traveling much faster than the truck at the time of impact.

"The speed of bus was so significant that the trailer itself entered about 15 feet into the bus," California Highway Patrol Border Division Chief Jim Abele said, adding that there was no indication of braking.

In addition to the 13 fatalities, 31 people were injured.

It was not known if alcohol, drugs or fatigue played a role in the crash, but the bus was inspected in April and had no mechanical issues, Abele said. The bus driver was killed, and the truck driver received minor injuries.

The bus was coming from Red Earth Casino in the desert town of Thermal and was about 35 miles into its 135-mile trip back to Los Angeles.

The National Transportation Safety Board is sending a team to investigate. 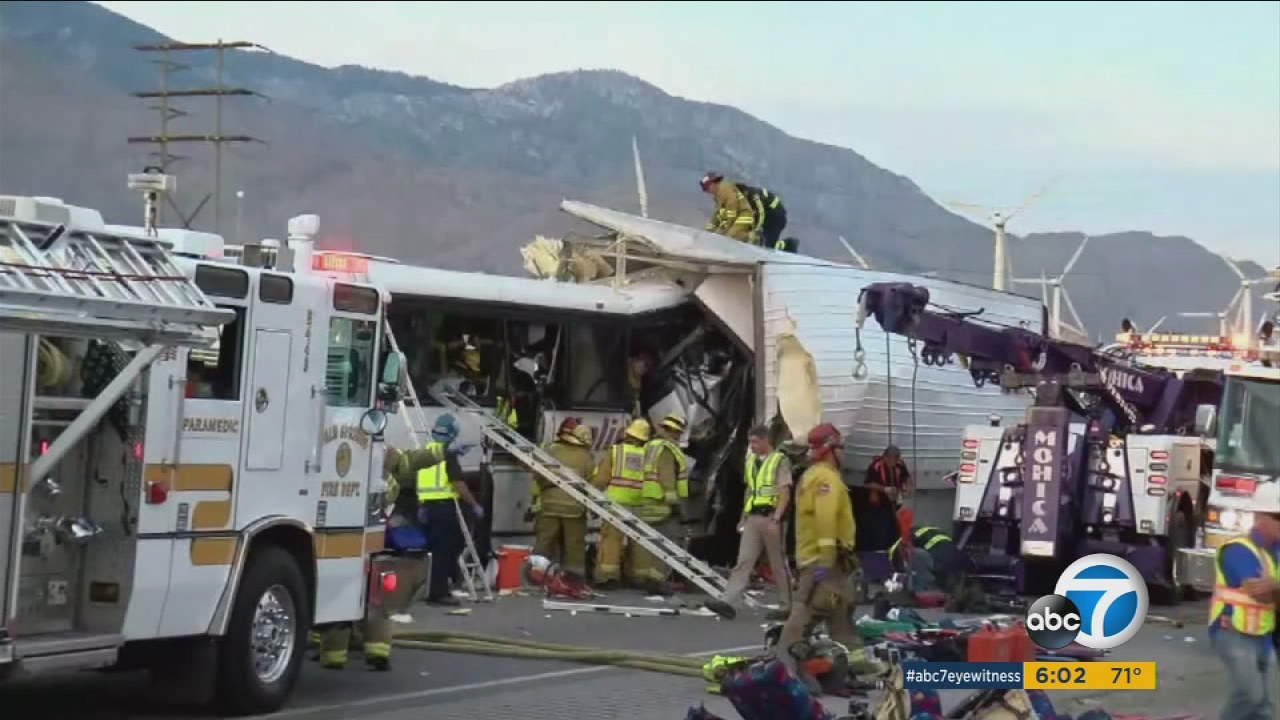