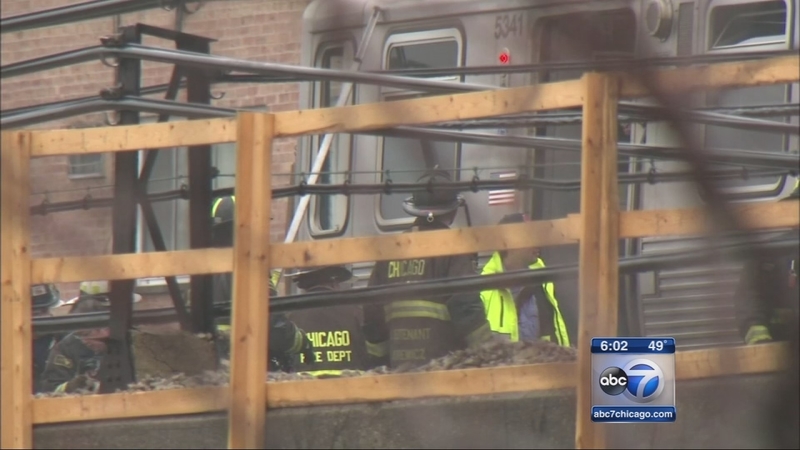 CHICAGO (WLS) -- Red Line service has resumed on the city's North Side Saturday afternoon after what CTA describes as a "minor derailment."

Fire trucks, ambulances and police flooded the streets around the Granville Red Line stop in the city's Edgewater neighborhood after a southbound train coming into the station around 2:07 p.m. Saturday afternoon suddenly derailed.

Service on the Red Line has resumed after an earlier derailment near Granville. Shuttle trains/buses still in place.

"It was a little bit of a jolt," said Salome Chebaro.

Chebaro was one of the 175 passengers stuck at a standstill for over an hour and then forced to walk along the tracks to safety. One person suffered a shoulder injury during the derailment and was taken to Swedish Covenant Hospital.

A second train was also delayed and then evacuated after the derailment. Fire and rescue said things went as smoothly as they could.

"It was orderly up there," said Chief Timothy Sampey, Chicago Fire Department. "They were compliant with their orders. They waited their turn as they assisted down."

Service resumed for the southbound Red Line early Saturday evening. Northbound trains are stopping at all stops from 95th Street to Addison, but then due to the derailment and ongoing track work, are running express from Addison to Howard.

Waiting to be evacuated near Granville #redline #chicago #derailed pic.twitter.com/tCX8apNhJm