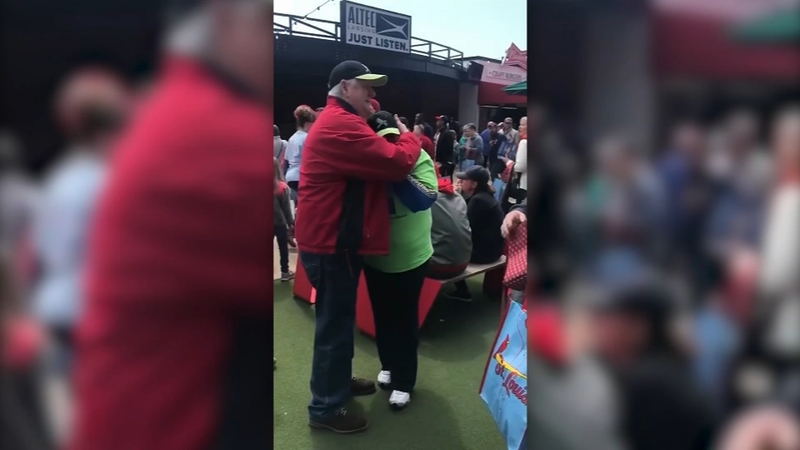 Some St. Louis Cardinal fans shared a special moment at the ballpark as they celebrated "Transplant Awareness" Day over the weekend.

The family of an organ donor met the man who received his heart.

Donovan Bulger was just 21-year-old when he died in 2016 and donated his organs which went to help save the lives of several people.

One of those recipients was John Sueme, who was in heart failure for five years before he received Bulger's three years ago.

Bulger's sister listened to his heartbeat from Sueme's chest.

Sueme's daughter actually recognized Donovan's picture on his family's T-shirts, and the families connected from there.