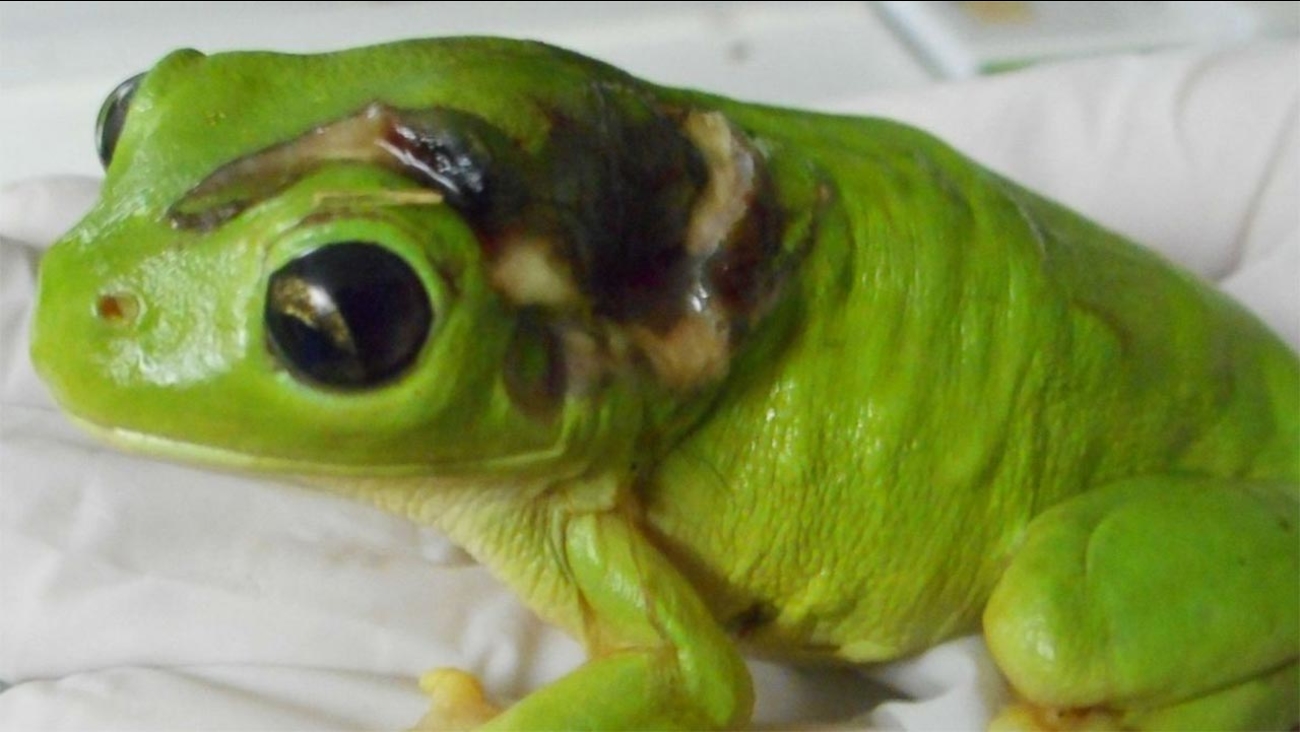 This two-inch green tree frog was accidentally mowed over by a lawn mower in Queensland, Australia. (Deborah Pergolotti/Frog Safe, Inc.)

A frog that had been run over by a lawnmower was transported more than 700 miles across Australia for treatment that possibly saved its life.

Min Tims, a "distraught" woman in Queensland, Australia, accidentally ran over the 2-inch frog, according to Deborah Pergolotti, the president of Frog Safe, an animal wildlife rescue and rehabilitation facility that treated the little amphibian.

"Since the care it would require was far too complicated for an untrained person to do," she suggested the frog be flown from Mount Isa, a city in Queensland, to Cairns to its facility, more than 700 miles away, Pergolotti told ABC News.

Thanks to three businesses donating their services - an animal transport company, a courier service and an Australian airline - the green tree frog was able to receive treatment.