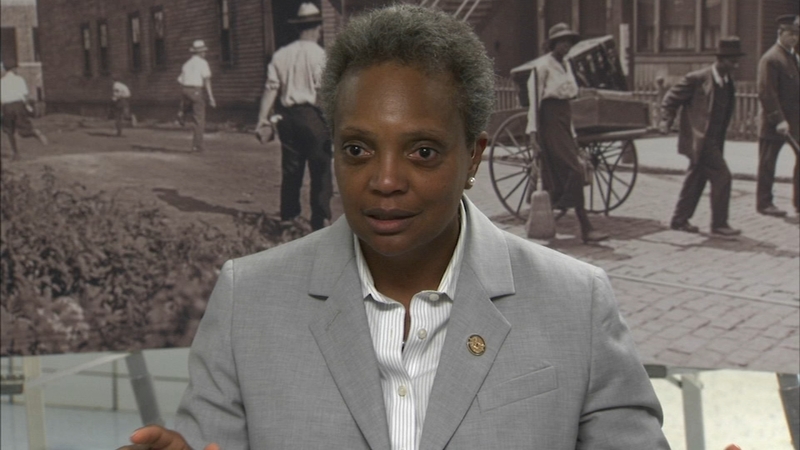 CHICAGO (WLS) -- Chicago Mayor Lori Lightfoot is calling out President Donald Trump Monday after a series of controversial tweets aimed at an African American congressman and the city of Baltimore.

Mayor Lightfoot accused the president of making racism a central part of his political strategy.

That followed on the heels of some tough questioning by Cummings last week of a presidential appointee.

As the President doubled down on his criticism of Cummings, Governor JB Pritzker joined the chorus of Democrats firing back on Monday.

"Now what's especially disturbing and upsetting and something that I just find reprehensible is that it appears that Donald Trump only seems to be choosing people of color to attack," Pritzker said.

"He has a particular venom for blacks and people of color. He doesn't refer to any of his other opponents or critics as 'infested,'" said Rev. Al Sharpton.