I-Team: TSA assigning PreCheck privileges to some not pre-checked 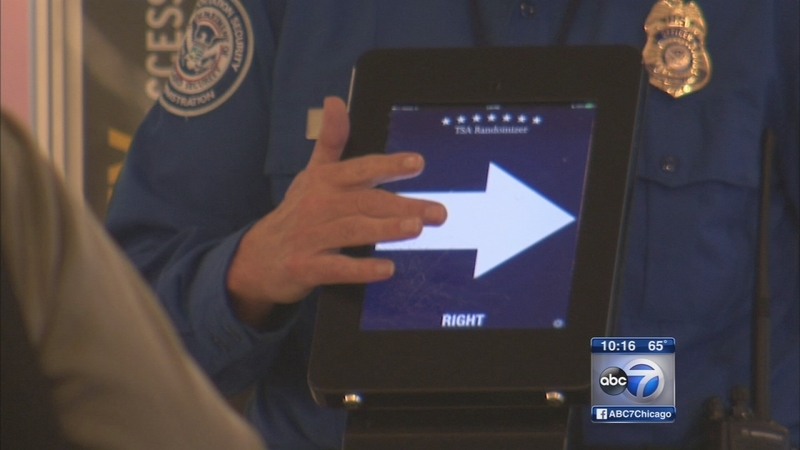 I-Team: TSA assigns PreCheck privileges to some not pre-checked

CHICAGO (WLS) -- As the busy travel season starts, the ABC7 I-Team investigates a TSA experiment that is allowing thousands of travelers a day through expedited airport security in Chicago and across the country even though their backgrounds have not been pre-checked.

Details of the TSA's "screen test" aren't widely known, but when the I-Team began looking into what's happening with the agency's popular "PreCheck" program, it was obvious something was up. Suddenly, travelers who had submitted to TSA background checks in exchange for faster security screening found that they were surrounded by people whose backgrounds had never been pre-checked.

PreCheck was to be the Promised Land for frequent fliers: an exclusive security zone where you wouldn't have to take off your shoes, belt, and outerwear, or take out your toiletries and computer.

"It was quicker, it was faster," said Donna Heise, of Springfield, Ill.

On Monday night though, PreCheck is described as a government bait and switch by some of the 1.5 million people who jumped on it since 2011.

"A year ago I was one of the only people who went thru the line but now it seems like there is a line for PreCheck," said Dan Rego, of Dallas.

With TSA expanding the program and recently enrolling 200,000 new members, the PreCheck fraternity is starting to get crowded.

The I-Team has learned that TSA has been assigning PreCheck privileges to people who haven't been pre-checked. For some, the Holy Grail PreCheck logo just appears on their boarding passes.

ABC7's Chuck Goudie asks: "How did you know you had that perk today?

"We didn't know, we just come through. We just found out," said Antoines Bowman, of Arkansas.

Goudie: "How does that strike you?"

"Doesn't seem like, uh, proper PreCheck to me because they are not being pre-checked," said Rego.

Other travelers receive the perk right at the airport, directed by an electronic TSA arrow that randomly points some people to the PreCheck line, despite their background never having been pre-checked.

"It bothers me, yeah, it absolutely does. I don't think it's right, it's probably not as secure," said John Burch, of Nashville, Tenn.

In Washington and Chicago, TSA officials refused I-Team requests to discuss these public safety issues, pointing to the agency's website and statements that giving PreCheck free passes to low-risk travelers is safe because they have ramped up the use of hand swabs to detect bomb residue and are using behavioral experts to watch for suspicious people in line.

"Is some of it to make us feel more comfortable more confident, sure," said Jeffrey Cramer, Kroll Security.

"I don't think it adds an extra risk only because that individual by definition could not have expected to get pulled from one line to the other," said Cramer.

Now, the government's pre-check program has some competition, called "Clear Me." Run by a private company, Clear Me is currently operating in nine American cities, including the Orlando International Airport in Florida.

"The benefit is they avoid this line behind me, especially on a busy Monday morning," said Sebastian Frongillo, Clear Me, Orlando Airport.

Located right next to the TSA PreCheck line, Clear Me customers pay $179 per year, check-in at a private entrance and are then escorted to the front of the security line. For regular flyers, bypassing these TSA lines is worth it.

"TSA now has got a lot more people than it used to. When TSA first opened it was faster," said Leon Clark, Clear Me member.

Clear Me executives say they plan to open in several new cities this year and would like to be at Chicago O'Hare and Midway. However, a Chicago Aviation Department spokesperson says the city had discussions with Clear Me and that it doesn't fit Chicago's airports.