They are currently offering $1,000 as an officer recruitment incentive.
ABCNews
By Mina Kaji 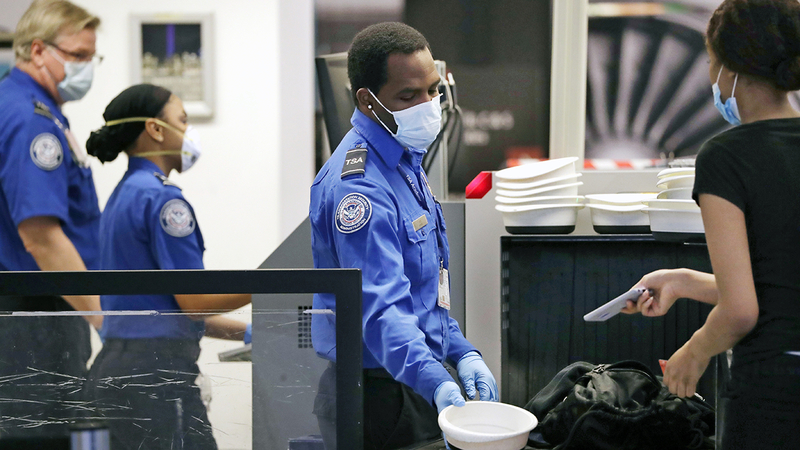 TSA warns of staffing shortages at more than 100 airports

WASHINGTON -- As more travelers take to the skies, the Transportation Security Administration (TSA) is projecting that 131 of the nation's airports will experience staffing shortages this month. Acting TSA Administrator Darby LaJoye is now asking office employees to volunteer at airports for up to 45 days.

The volunteers would handle non-screening functions such as onboarding for new hires and management of security lines.

Catalina Cuervo, who traveled through Charlotte Douglas International Airport on Tuesday, called it a "nightmare [she] never lived before."

She said she had to sleep on the floor with hundreds of passengers unable to make their connecting flights or get an Uber to a hotel and then she faced "hour-long lines" from one side of the airport to the other.

"TSA is experiencing an increase in passenger volumes at checkpoints, and anticipating a significant summer surge in travel," Darby wrote in a memo obtained by ABC News.

The agency screened 1.98 million people on Sunday, which is a new pandemic air travel record.

The CDC updated its international travel guidance on Monday to give specific advice for both vaccinated and unvaccinated travelers.

TSA has said it hopes to hire 6,000 new officers to handle the summer travel boost, but it has only hired 3,100 so far. It has resorted to offering recruitment incentives such as $1,000 to officers who accept employment with the agency.

"We have been averaging over 5,000 Transportation Security Officer applications per week," a TSA spokesperson said.

In response to an inquiry about the memo, the TSA said in a statement that it is "well-positioned to meet rising traveler volumes."
"As in years before, the agency began a concerted recruitment effort this past winter in anticipation of increasing volumes and is on pace with established benchmarks to meet hiring goals," the statement said.

When air travel came to a halt in March 2020, thousands of employees were offered early retirements and buyouts, but now the airlines are desperate to fill these positions again -- especially for reservation agents -- but it's proving difficult.

Customers are taking to social media to vent their frustration over two-, three- and four-hour wait times to reach a reservation agent at the nation's largest airlines.

In response, Delta Air Lines is hiring temporary summer contract workers. American Airlines is temporarily bringing back several hundred of its reservation agents who had accepted buyouts to work through the "busy summer months," and United Airlines is ramping up staffing.