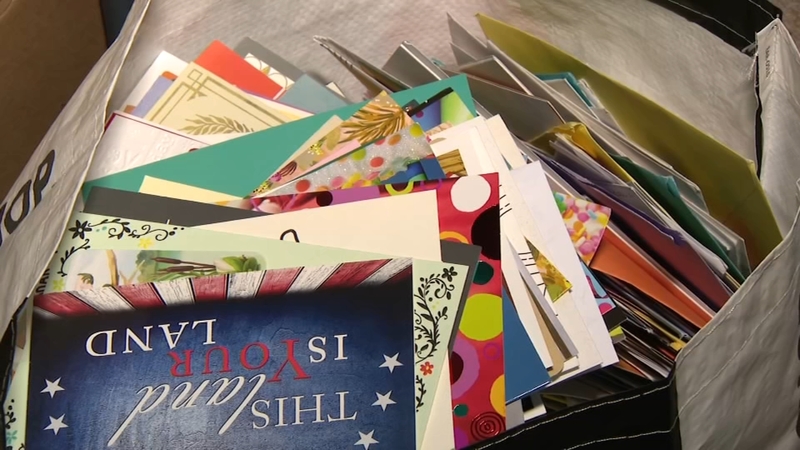 CRANSTON, R.I. -- A man believed to be Rhode Island's last surviving member of the Tuskegee Airmen turns 100 years old this month, and he asked for birthday cards.

Since then, thousands of cards have poured into retired Sgt. Victor Butler's home, WJAR reported.

The Butler family has gotten a head start counting the thousands of birthday cards and gifts sent in for Butler.

His family estimates about 12,000 cards have been mailed in so far. They opened the 1,000th one Monday.

"I don't think I'll ever get through reading the cards," Victor said.

His daughter opens them, his wife counts them and he reads them.

"We received cards from 41 states, and I want to get through all of the states. And I think we'll hit that," Butler's daughter Michelle Depeza said.

Each card is different than the last.

Some are hand-drawn from children, some have pictures and others are from those wanting to see if he's taken.

"Whoever interested in him, well I'm sorry he's married, and we are happy," his wife said.

But some of the most heart-warming cards are apologies from the past.

"They will explain that they realized what he went through and they apologize for their ancestors. That makes you feel good to know that daddy actually made a change," Depeza said.

Butler was a mechanic with the Tuskegee Airmen.

He couldn't fly overseas because he caught the flu.

Instead, he stayed back to work on fighter planes.

"I enjoyed helping the pilots get in the plane and watching them take off, and I enjoyed testing the planes out myself," he said. "That was the best part of it."

He's also received gifts like a picture from an artist and a red, white and blue blanket from a quilter. He and his family are grateful.

"It's been terrific," Victor said.

If you would like to send Victor Butler a birthday card, you can mail it to: