COSTA MESA, Calif. -- A former Taco Bell executive captured on video attacking an Uber driver has sued that driver for $5 million, claiming the video was recorded without his consent.

Benjamin Golden, 32, was arrested and charged with assault on the cab driver, 23-year-old Edward Caban, and public intoxication on Oct. 30.

Golden's suit claimed that Caban's recording was illegal, and any injuries the driver might have sustained were his own fault.

Video obtained by Eyewitness News shows what appears to be an intoxicated Golden falling over and struggling to give directions in the back seat of Caban's car.

Caban then pulls over in a parking lot and asks Golden to exit the vehicle. Golden opens the door, but before getting out, police said he attacked Caban.

After being punched several times and having his hair pulled, Caban was able to defend himself using pepper spray.

Golden has pleaded not guilty to the criminal charges. 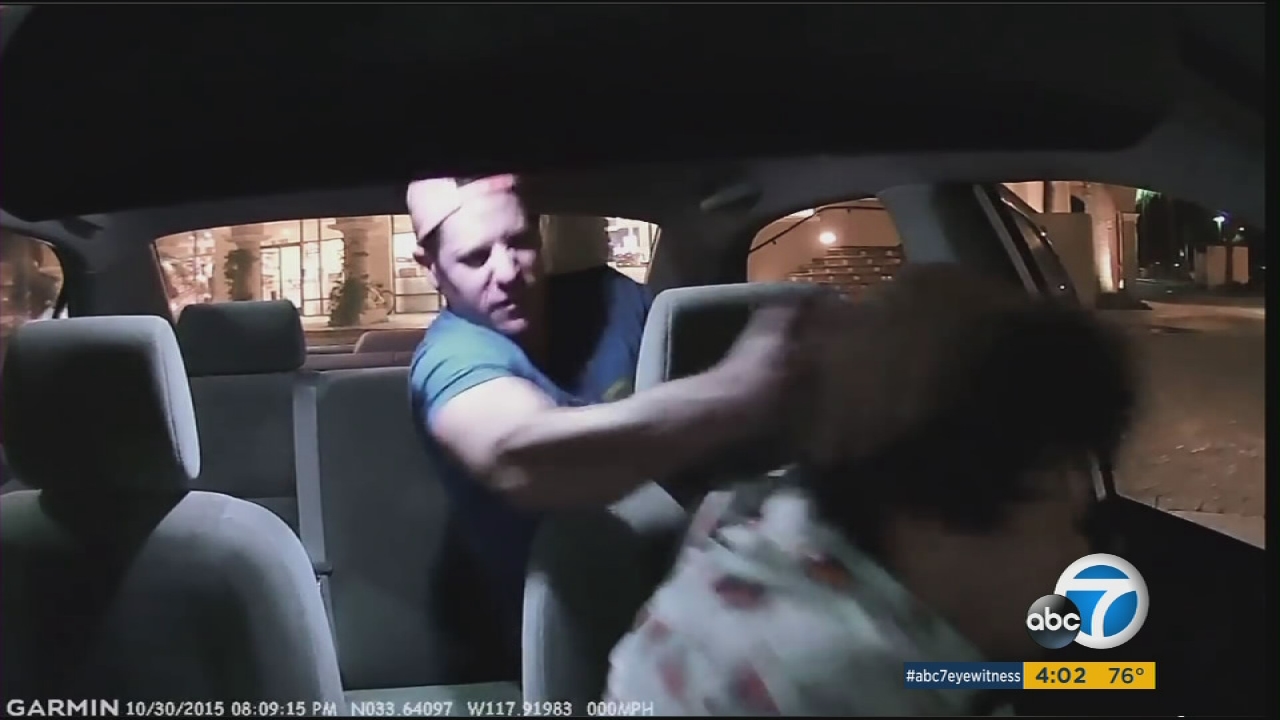