SKOKIE, Ill. -- Cook County prosecutors filed charges in three more cases against a Glenview man who allegedly posed as an Uber driver, picked up women waiting outside bars, drove them to secluded streets and raped them.

Musaab Afandi, 33, was arrested in March by Skokie Police, who said two women had reported that Afandi attacked them after he picked them up outside North Side bars, the Chicago Sun-Times is reporting.

On Wednesday, Afandi appeared at a bond hearing at the Leighton Criminal Courthouse after DNA testing linked him to three other similar sexual assaults that date as far as back as a year before his arrest in the spring.

Judge David Navarro ordered Afandi held without bond on the latest charges of aggravated sexual assault and kidnapping. He was already jailed without bond for the Skokie cases.

Last year on April 10, a woman was waiting for an Uber she had summoned outside Mullen's Bar in Wrigleyville, when Afandi pulled up, Assistant State's Attorney Jillian Anselmo said.

The woman told Afandi to stop the car, and Afandi pulled onto a poorly-lit street, then climbed into the back seat and demanded the woman kiss him, Anselmo said.

When the woman resisted, Afandi pinned her down, pulled off her pants and underwear and raped her, Anselmo said. The woman tried to open the door and escape, but couldn't, and when she tried to reach into the front of the car to unlock the door, Afandi pulled her back, Anselmo said.

After assaulting her, Afandi took the woman's phone, Anselmo said. She pleaded to get it back, and said she would not report the assault if he returned it. The woman was able to get out of the car, and sprinted a few blocks before calling a friend, who was able to pinpoint her location in Ravenswood, Anselmo said.

The woman took a taxi home, and went to a hospital the following day. DNA from a sexual assault kit matched Afandi, Anselmo said.

DNA and photos on Afandi's phone also linked Afandi to a similar assault in December, in which a woman told police she got into a "taxi" outside a River North bar after leaving a Christmas work party, Anselmo said.

The woman woke up in the back of the cab with the driver on top of her, Anselmo said. The woman was able to escape being raped, and was found by a witness in the 8100 block of Skokie Boulevard in Skokie. After Afandi's arrest in March, investigators found pictures of the woman taken the night of the assault on his cellphone, as well as video in which her voice could be heard, Anselmo said.

A month later, a third woman said she was waiting with friends after closing time at Old Crow Smokehouse in Wrigleyville. Soon, Afandi pulled up after the woman's friends had been picked up by an official Uber driver. The woman got into Afandi's car, Anselmo said.

He drove a few blocks before pulling onto a side street- prompting the woman to try to get out of the car. But Afandi climbed into the back seat, pinned the woman down and raped her, Anselmo said.

The woman escaped from the car, ran to a nearby residence and called friends for help. A rape kit taken that night at an area hospital later turned up with Afandi's DNA, Anselmo said.

Assistant Public Defender Mark Davidson did not mention whether Afandi had a job on Wednesday, but said he lived with his parents in Glenview.

Afandi had no criminal record before his arrest in the Skokie cases. 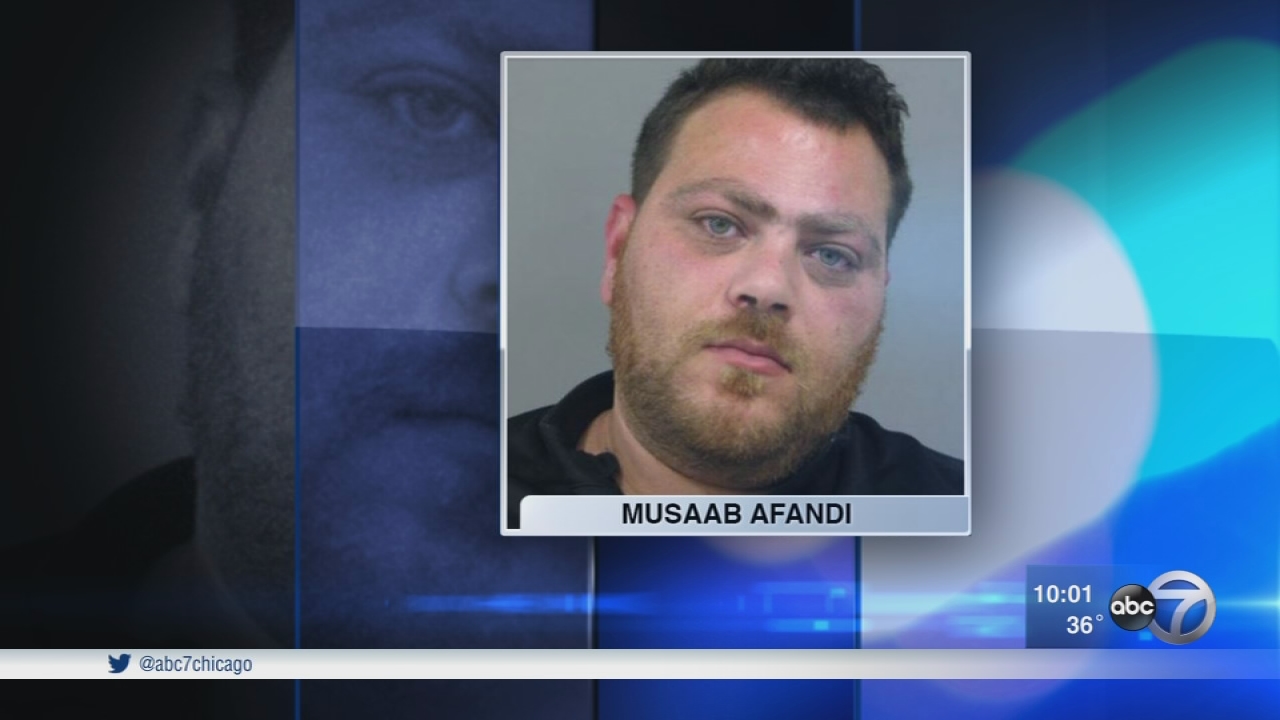