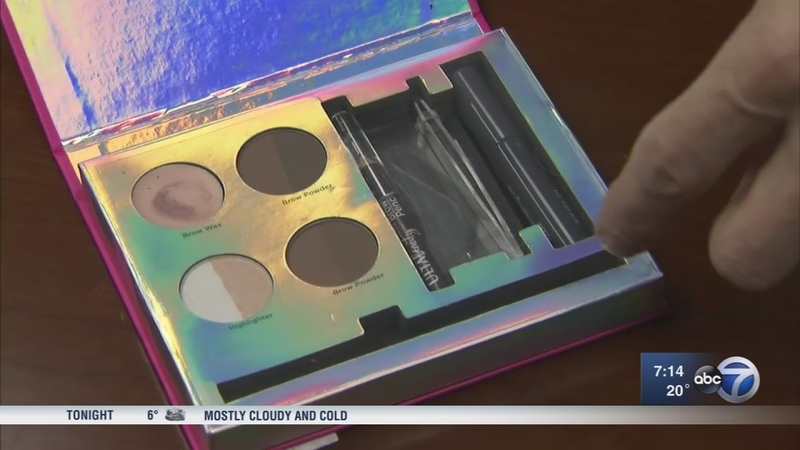 "It is widespread knowledge that this practice has been occurring at Ulta for years," attorney Tom Zimmerman said.

Zimmerman represents a local woman who works in the beauty industry and became suspicious about the some of the products purchased from Ulta.

The complaint filed last week in Cook County Circuit Court cites claims by former employees of Ulta that the corporation has a limit on how many returned items can be thrown away.

"Managers will take used products out of a damaged bin and if they look good enough to resell, they'll put them back on the shelves and resell them so they don't exceed their quota," Zimmerman said.

Zimmerman said some products purchased from the Ulta store on North Michigan Avenue seem to be previously used, such as eyeshadows missing a brush and face cleansers that have already been opened. He said the danger comes in pathogens that can remain on products for weeks.

"There is E. coli and klebsiella bacteria which is commonly found in intestine and expelled with fecal matter," he said.

Some Ulta customers told ABC7 they are surprised by the allegations.

"Personally, I've never experienced that. All of my products that I've bought from there have been in good condition," customer Nailah Golden said.

A spokesperson for Bolingbrook-based Ulta said in a statement:
"Our policy does not allow the resale of used products. We are aware of the lawsuit and intend to vigorously defend against the allegations. The health and safety of Ulta Beauty guests is a top priority and we strive to consistently deliver an optimal experience every time they shop with us."

Zimmerman said the lawsuit is seeking to change the alleged company practice of limiting the number of items that can be thrown away, as well as compensating people who bought used products.