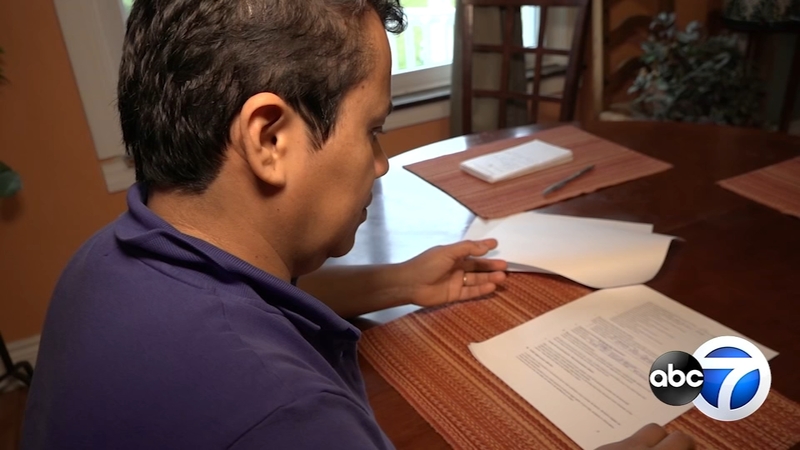 MELROSE PARK, Illinois (WLS) -- High School Senior Abraham Vara looks like your typical teenager, with a bright future as he plans to open up his own barber shop once he graduates high school.

What's harder to see is the constant fear he's living with; fear that one day he will be separated from his undocumented parents.

"It's just a mixture of anger and sadness," said Vara.

If that day ever happens, the Vara family has made arrangements with the help from the Plan B program from Paso Action.

"The Plan B program is for parents to be prepared in case something happens to them and their children aren't left wondering what's next," said Ambar Gonzalez, Paso Action's legal director.

Paso Action is a community-based advocacy center which offers a back-up plan for undocumented families.

Parents receive a folder that includes a packet that details emergency contacts, important documents regarding the children, and power of attorney.

The Plan B program also guides parents on how to have open discussions about their status with their children.

"We have to acknowledge that the children know what's going on, and they have this fear. So the more that you explain things to them and the more that you're clear with them, the better," said Gonzalez.

Jordan Dobrowski, a bilingual therapist at Pillars Community Health, said the fear the children feel can cause a child to have anxiety and depression disorders.

"The biggest thing that people can overlook is that this isn't just happening after parents are deported or a family in general is deported. Really, the mental impacts are happening before," said Dobrowski.

For Vara's parents, their plan alleviates a little bit of that uncertainty. But for the 17-year-old, the fear can't be fully shaken.

For more information on the Plan B program, visit their website here.