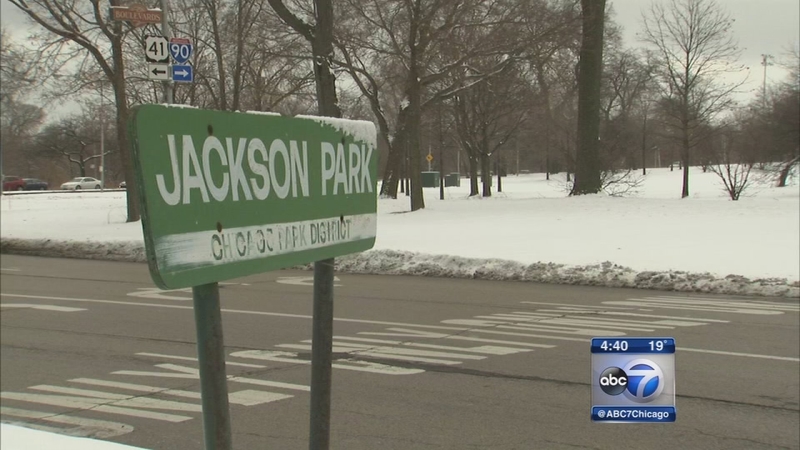 CHICAGO (WLS) -- The University of Chicago is trying to convince its neighbors that building the Obama Presidential Library in their backyard is a good idea. On Monday night, school officials will make a presentation to the Jackson Park Advisory Council.

Some business owners along Garfield Boulevard welcome the possibility of a new neighbor.

"If you go down Garfield and you see a president's library on 55th and King Drive, that's going to unbelievable," said Dylan Reeves.

Reeves, the owner of restaurant Ms. Biscuit, would be blocks from a possible site for the President Obama Library in Washington Park. University of Chicago is now pitching two locations on the South Side, with one at Garfield & King Drive.

"The businesses that surround this is going to get a surge in energy, and people are going to start living again," Reeves said.

"The Olympic bid went sour but I hope that this opportunity will not go sour," said Donna Hampton-Smith, Washington Park Chamber of Commerce.

Ghian Foreman grew up in Washington Park and is opening a business on Garfield.

Nearby Jackson Park could also be host. The other U of C option is in Jackson Park from the Midway Plaisance to 63rd.

On Monday night, the council will be presented with the Obama Library proposal in Jackson Park.

Last week, Mayor Emanuel made it clear one of Chicago's bids would succeed over New York or Hawaii.

"Chicago is going to meet its test and pass with flying colors," Emanuel said last week.

A UIC proposal is also on the table for North Lawndale. The U of C proposals would require the Chicago Park District to approve use in Jackson or Washington Parks.

Public hearings begin Tuesday on that issue, and among the concerns likely to surface is whether a library is an appropriate use of a public park.