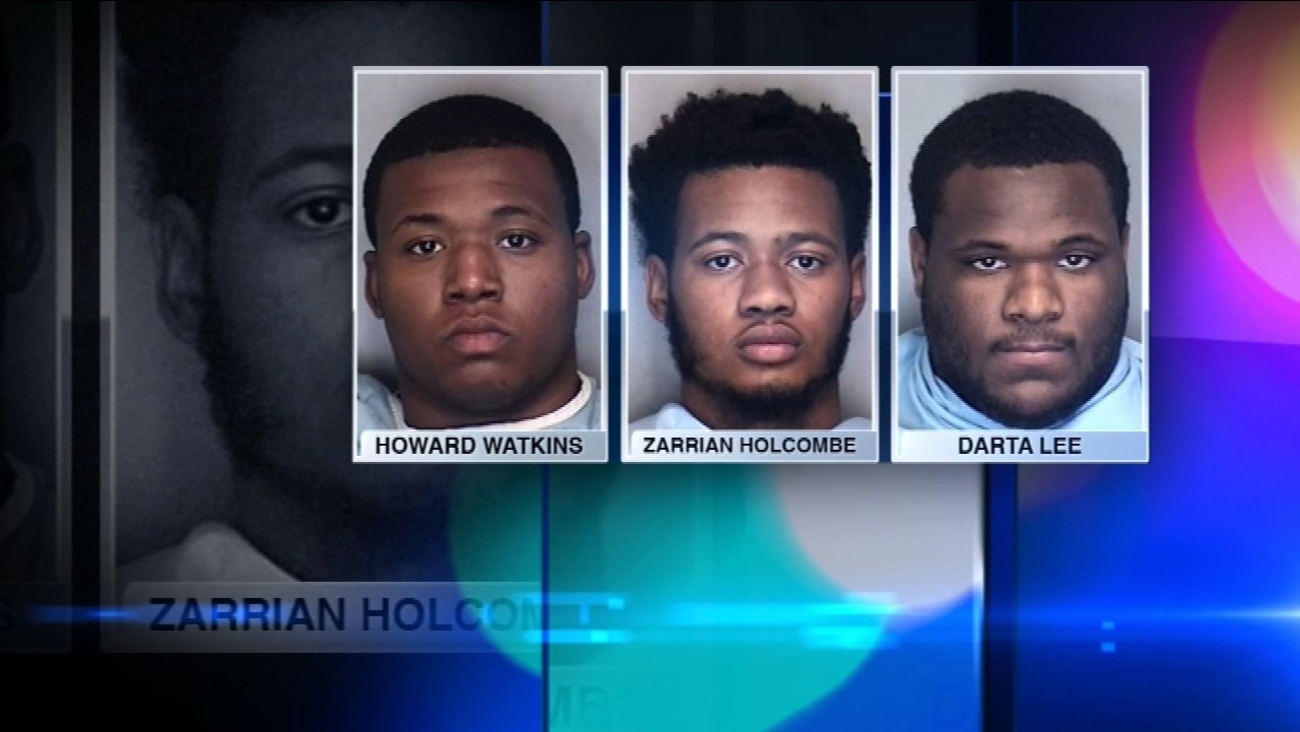 CHAMPAIGN, Ill. -- Three University of Illinois football players have been arrested for allegedly robbing a man of cash in a residence hall.

Coach Lovie Smith has issued a statement saying they are suspended from team activities.

Police say the three entered an apartment early Wednesday with masks on. When the victim pulled one mask off, one suspect pulled out what apparently was a fake gun and demanded cash. The trio left with an undisclosed amount of cash.