"I don't think anybody should feel safe and think it's not going to make its way into your house." 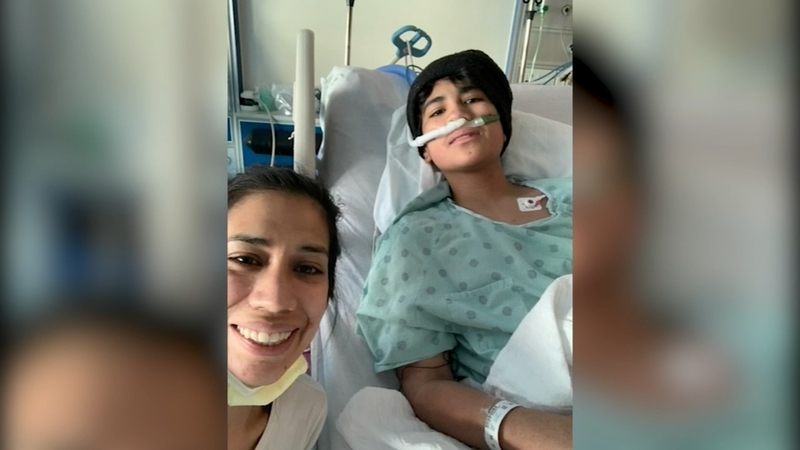 CHICAGO -- It was just a few days ago when Talia Iracheta and her kids became sick with COVID-19. But while she recovered quickly, her 13 year old son Sebastian did not.

"I noticed he started coughing up blood and after two days of that, his breathing was getting progressively worse, so we decided to the emergency room," said Talia Iracheta.

Sebastian was transferred to University of Chicago Comer Children's Hospital.

The struggle weighed on Iracheta even more because Sebastian was not vaccinated.

"I know earlier in the season when he was eligible, they were in the clinic a couple times we had the vaccine right there, there was some hesitancy, they were waiting," said Loafman.

Iracheta was concerned about missing time off of work. She thought there was plenty of other times to get her son vaccinated. A decision she completely regrets.

"I would have missed a month of work to make sure this didn't happen if I could look into the future,' said Iracheta.

Fortunately, this week Sebastian's condition took a turn for the better. He was discharged Wednesday from the hospital and was able walk into his own home.

"I don't think anybody should feel safe and think it's not going to make its way into your house," said Iracheta.