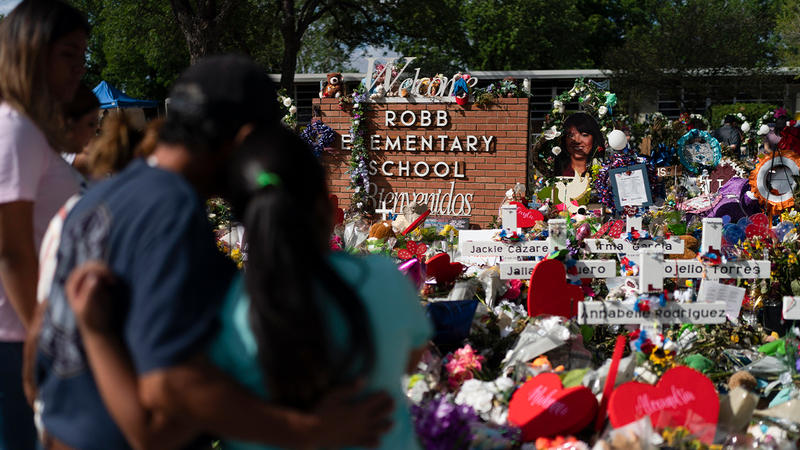 UVALDE, Texas (WLS) -- A Texas state senator is suing the state Department of Public Safety over the records related to the massacre at Robb Elementary School in Uvalde.

Senator Roland Gutierrez says he has been unlawfully denied access to the records, according to ABC News

"As a legislator, I've got to make sure that this doesn't ever happen again," he said.

Uvalde is in his district.

"Blame in an instance like this is one thing, holding someone accountable is another thing," Gutierrez said in an interview with KVUE. "Are there people involved in this response? Who should face more serious consequences?"

He also says the Uvalde police and public safety officials in Texas have given false statements and misinformation surrounding the law enforcement response.

Those departments have not yet commented on the allegations.

The Uvalde school district's police chief was also put on leave Wednesday following allegations that he erred in his response to the mass shooting that left 19 students and two teachers dead.

Pete Arredondo, the Uvalde Consolidated ISD police chief under fire over his response to the Robb Elementary shooting, has been placed on administrative leave by his district.

Uvalde Consolidated Independent School District Superintendent Hal Harrell said that he put schools police Chief Pete Arredondo on administrative leave and that another officer would assume the embattled chief's duties. In a statement, Harrell did not give a reason for removing Arredondo but said it remains unclear when district officials will know the outcome of the investigation into the shooting.