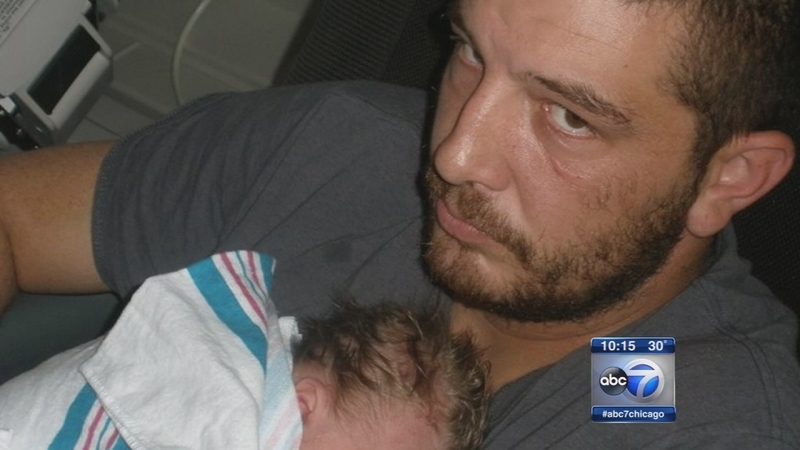 CHICAGO (WLS) -- A staple of the American military is to "leave no man behind" on a foreign battlefield.

Army veteran Tom Young was left behind by the VA, according to his family. They say Young asked the Veterans Administration for help on four occasions, but only received phone calls back after he was dead.

This is a story that we begin at the end. July 23rd, 2015. Tom Young is struck and killed by a Metra train headed to the northwest suburbs.

The 30-year old had apparently called the VA'S suicide hotline, leaving a message that he needed help. Someone from the hotline called him back a day later, after he had put himself in the path of the Metra train.

And when he died, Young was on a waiting list to get in to the Hines VA Hospital, for alcohol treatment. having been referred by another suburban hospital where he was treated for a suicide attempt.

When Hines called with news that they found a bed, Young's mother told them they were too late.

"The news of those calls was almost as bad as the news he was gone; that we were so close," Will says.

His brother so close to getting help the help he needed after seven years with the Army's 10th Mountain Group. He had signed up right out of Maine West High School and did two tours of duty in Iraq. Like so many soldiers, he returned with Post-Traumatic Stress Disorder.

"It was very obvious as time went by that the demons he was battling," his brother says.

The father of two little girls, he worked as a plumber and handyman but alcohol kept him numb from the memories of Iraq. His brother says Tom knew he had a problem and tried to get into Hines VA Hospital three times.

"The first two times he was turned away, told he didn't qualify for treatment because he wasn't suicidal. The third time he was suicidal and he was put on a waiting list," Will says.

"Tom Young, he just walked in front of the train and got killed," said Illinois Senator Mark Kirk, at a budget hearing Friday in which a VA official admitted what happened to Tom Young shouldn't have.

"There is no voice mail today, I can assure you of that. That's unacceptable. That was done by a contractor," said Dr. David J. Shulkin, Undersecretary of the Department of Veterans Affairs.

Hines VA hospital officials declined to comment on Young's case Thursday, claiming patient confidentiality. They do pass along "sincere condolences to the family." But then, in the same statement, the VA encouraged those in need to contact the toll-free veterans crisis hotline, the same hotline Tom Young dialed and got an answer back the day after he committed suicide.