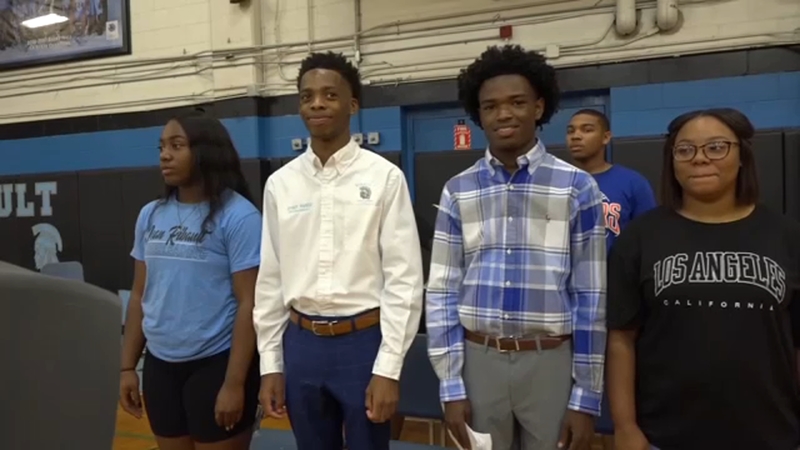 It is the school's first time that the top two students in the class are both African-American young men.

Their grades have been finalized, assignments turned in and their speeches written.

"I wanted to get rid of a generational curse. You know, like a lot of my family, some of them didn't graduate," said salutatorian Darrell Worrell.

Surprisingly, the two are friends, not rivals, who climbed the ranks together. They're the two students with the highest grade point average out of their class of nearly 300, WJXX reported.

"Becoming salutatorian kind of more so fell in my lap. I did work hard for it, of course, but it definitely was like, oh I'm moving up in ranks," Worrell said.

If a long list of extracurricular and an associate's degree before a high school diploma is considered falling into your lap, then sure. Both teens have a long résumé.

While they were sitting there, they both discovered they are making history in more than one way.

The two said they've learned a few things throughout their four years of high school.

"You can do anything you set your mind to do," Francis said.

"And there is nothing wrong with being smart," Worrell added.