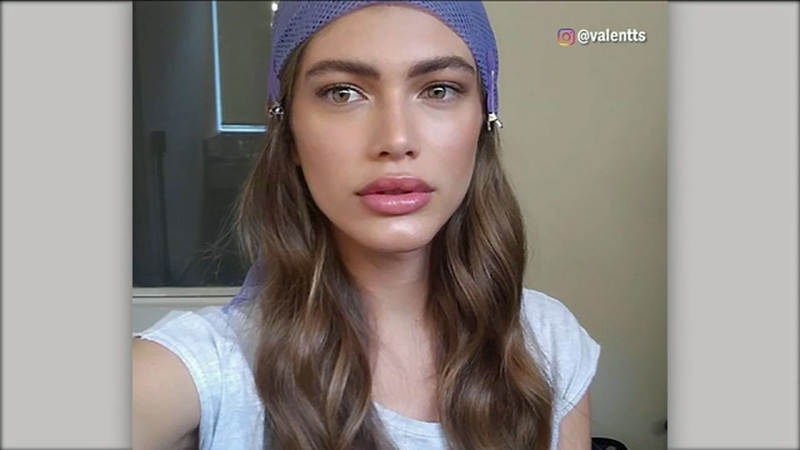 She is no stranger to making history. In 2017 she became the first trans woman to appear on the cover of Vogue Paris. Two years later, she was the first openly transgender model to be hired by Victoria's Secret. Now in 2020, 23-year-old Valentina Sampaio continues to break barriers in the modeling industry by becoming the first trans woman to be featured by Sports Illustrated Swimsuit Issue.

Sports Illustrated is a respected brand in the modeling world. In the 56 years since special edition's first issue, Sports Illustrated Swimsuit has produced some of the most successful names in the business. Sampaio is joining the elite ranks alongside stars like Heidi Klum and Tyra Banks, CNN reported.

In Sampaio's open essay on what it means to be part of SI, she praises the magazine for creating another issue that champions "a diverse set of multitalented, beautiful women in a creative and dignified way." She says she is "excited and honored to be part of the iconic Sports Illustrated Swimsuit Issue." While it means a lot to her to represent SI, she is even more inspired by the significance it has for the LGBTQ community as a whole.

Sampaio, who hails from a fishing village in northern Brazil, is using her platform to fight for trans rights. She explains that the beauty of her home country is contrasted by the brutal hatred towards the transgender community. She says that in 2019 alone, 129 transgender people were murdered in Brazil.

Her success as a model has not come easily, fighting an uphill battle against discrimination, but she realizes her status gives her the opportunity to make a positive difference. Beyond that, Sampaio believes it is her responsibility to stand up for Brazil's trans population. "I recognize that I am one of the fortunate ones," she writes in her essay, "and my intention is to honor that as best I can."

Sampaio says she tries to catalyze change by leading by example and spreading love and acceptance one person at a time. "I believe that better people build a better world for all of us, and I stand for any and everyone who, like me, suffers prejudice for not fitting into society's standards."

Her message for the world is one of resounding empathy. She vows to persevere in her mission for equality and to continue to embolden people who are marginalized by society. Sampaio expresses her gratitude to Sports Illustrated for helping her inspire a spirit of inclusivity and kindness.

"Thank you, SI, for seeing and respecting me as I truly am. For understanding that more than anything, I am human. Thank you for supporting me in continuing to spread a message of love, compassion and unity for ALL."

The video featured is from a previous story.