Person of interest in custody after mother, daughter strangled in Gary

WLS
By Jade Hernandez and Will Jones 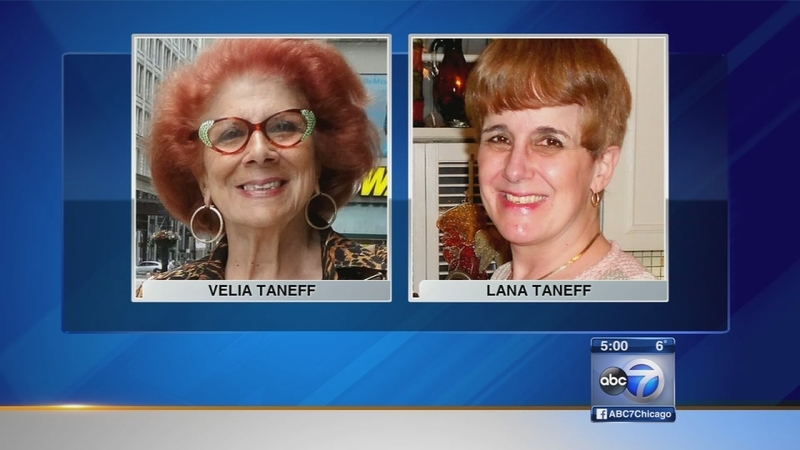 Person of interest in custody in Gary murders

GARY, Ind. (WLS) -- Authorities said a person of interest is in custody after a former radio talk show host and her daughter were killed near Gary, Indiana.

Lana Taneff, 64, was found dead in the family's home on W. 44th in Calumet Township on Sunday. The body of 86-year-old Velia Taneff was found at her rental property next door on Taft.

Investigators from Lake County are heading to Ohio to interview the 44-year-old man who, they say, has a violent criminal past.

Just one day before the mother and daughter were found dead, Verlie Suggs got two voicemail messages from her former coworker Velia.

"I talked to Lana twice on Saturday. Velia left me two messages on my cell phone and I didn't get a chance to get back to her," Suggs said.

Velia Taneff used to host a radio show on WLTH, and she had recently started video blogging. Friends say both women were always willing to help.

"Lana was the most gentle, most kindness person you ever wanted to know," said Natalie Ammons, a family friend.

This couple who lives in Velia Taneff's rental property wants to know why someone would harm her and her daughter.

"We loved her. She helped us out whenever we needed it. She was great. We loved her like she was our grandma," said Gabriel Henderson, a tenant.

"I am disgusted by it. I think it is disgusting that somebody could do something like that," said Tiffany Lewis, a tenant.