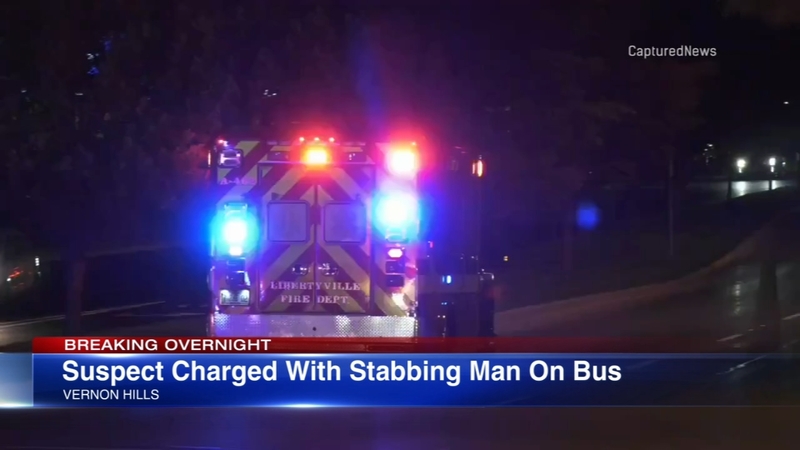 VERNON HILLS, Ill. (WLS) -- An arrest has been made after a homeless man was stabbed while riding a Pace bus, according to the Libertyville Police Department.

The stabbing happened Thursday evening while the bus was traveling in the Vernon Hills jurisdiction, police said.

The victim sustained "significant injuries" but is in stable condition at Condell Hospital, police said.