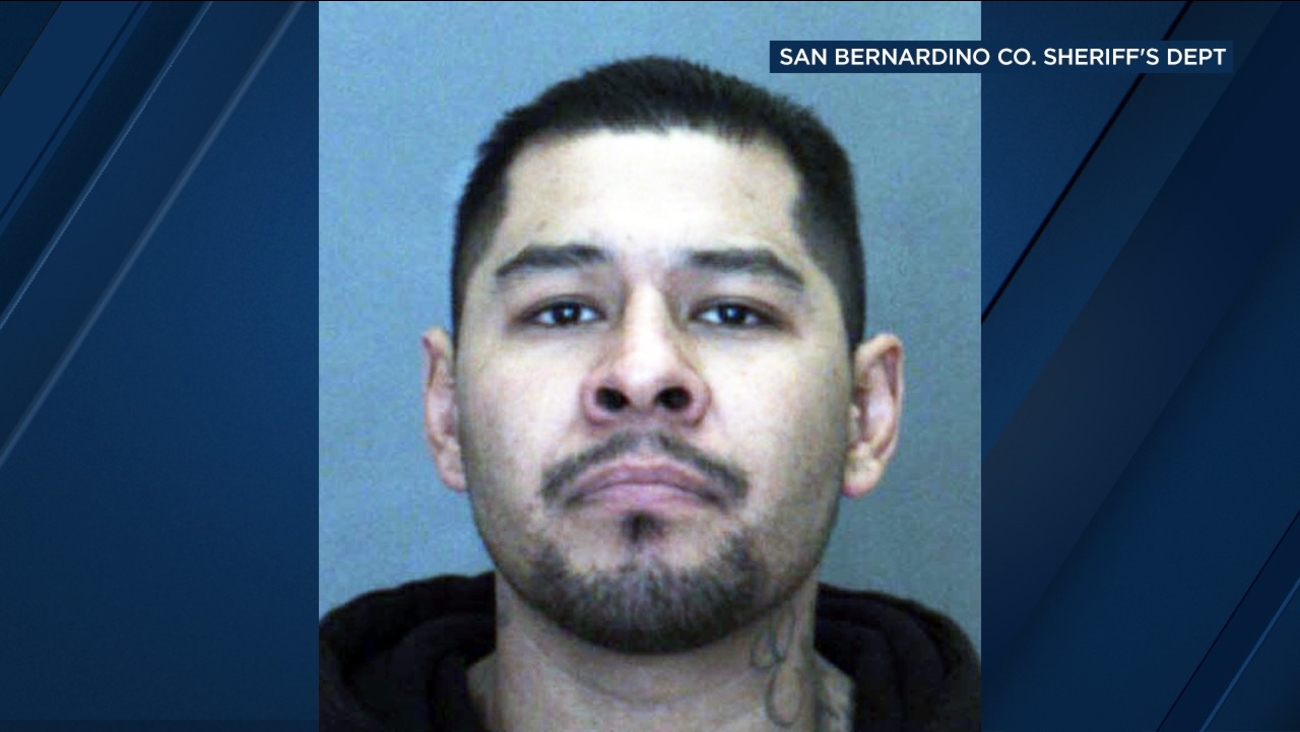 VICTORVILLE, Calif. -- A woman and two young children were found dead in a desert area of a California valley after being killed, prompting a search for the woman's boyfriend, authorities said.

The victims were identified as 42-year-old Erlinda Villareal and two boys, ages 9 and 12, whose identification was still pending, according to a news release from the San Bernardino County Sheriff's Department.

The agency released a photo of the suspect in the case, identified as 35-year-old Louis Gabriel Lucero, as part of an effort to locate him. He was said to be driving a silver-colored 2008 Ford Explorer with California license plate No. 6HCF706.

Shortly before 11 a.m. Wednesday, officials responded to the 15400-block of Ferndale Road in Victorville and discovered signs of a struggle inside the home of Villareal and Lucero, the sheriff's statement said. Neither of them were home when authorities arrived, and had not been seen or heard from since early that morning.

Homicide Detectives are investigating a triple homicide and are looking for the suspect, 35-year-old Louis Lucero https://t.co/04v8dUXsEw pic.twitter.com/seHYh2WXS3

Detectives tried to find the two adults and Lucero's SUV but were unsuccessful.

Just after 5:30 p.m., the sheriff's dispatch center received a call from a person who discovered the bodies of three people while off-roading in the desert area of Waalew Road and Corwin Road in Apple Valley, the news release said.

Homicide detectives went to the scene and "determined that the victims left the Ferndale Road home with Lucero and were murdered at an unknown location, then left in the desert area where they were found," the sheriff's department said.

Authorities said Lucero fled the area in the Ford Explorer and is considered armed and dangerous.

Anyone with information about his whereabouts or the case is asked to call sheriff's Detective Nicholas Clark, Specialized Investigations Division at (909)387-3589.