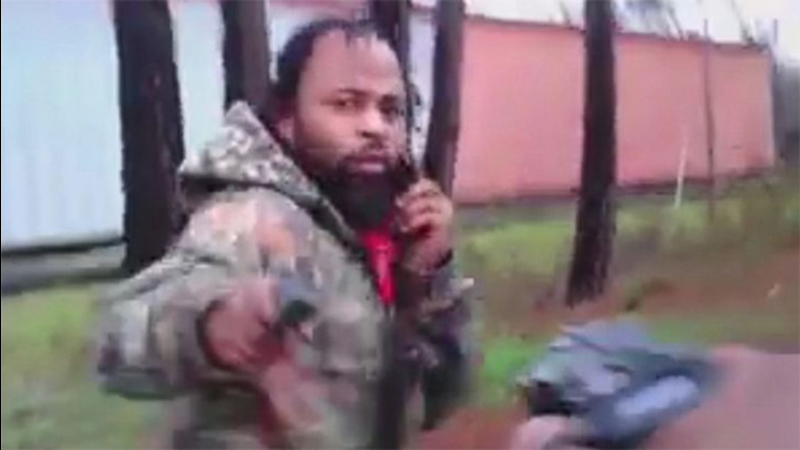 The encounter was filmed on a camera in the officer's glasses that he bought on Amazon.

Estill Police Officer Quincy Smith was responding to a report of a suspicious person when he spotted a man leaving a store who fit the description given.

According to 14th Circuit Solicitor Duffie Stone, Smith called out to the man, identified as Malcolm Antwan Orr, ordering him to stop. But Orr kept walking.

Smith then threatened to use his stun gun on Orr if he did not comply with his order to stop. That's when Orr, who was holding a phone to his ear with one hand, pulled a gun from his pocket with the other, and opened fire.

Officer Smith was hit multiple times. At least two of the rounds were fired as he lay on the ground, officials said.

Smith made it back to his patrol car and radioed dispatch for help.

Smith survived the shooting despite suffering two broken arm bones and a life threatening wound to his neck.

On Wednesday, Orr was convicted of attempted murder and possession of a weapon during the commission of a violent crime and was sentenced to 35 years in prison.