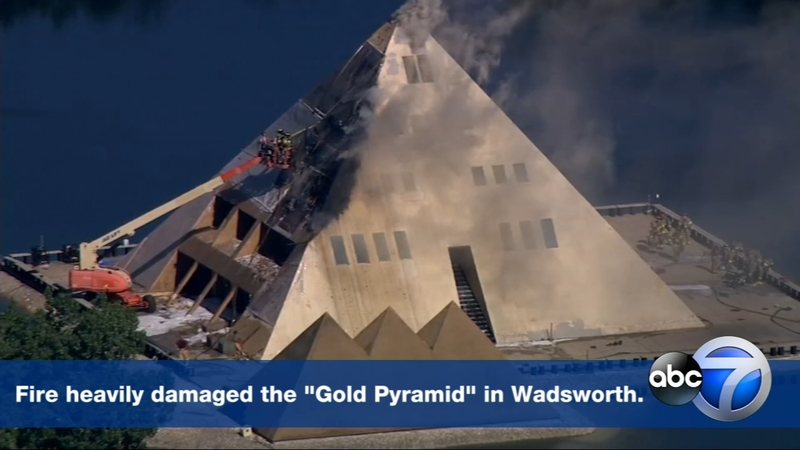 WADSWORTH, Ill. (WLS) -- A home in Wadsworth, Illinois, known as the "Gold Pyramid," was severely damaged after it caught fire Tuesday afternoon.

The Gurnee Fire Department responded to the fire shortly after 4 p.m. Fire officials said they received a report of an elderly man in a wheelchair and a dog trapped in the home.

Fire officials said bystanders were able to rescue the man, while firefighters went in looking for the dog. Extremely heavy smoke on the third, fourth and fifth floors, as well as the unique and confusing layout of the home, caused several firefighting companies to become lost in the house. All were rescued or were able to eventually find their way out.

The 17,000-square-foot, 55-foot-tall pyramid-shaped home, among the most recognized structures in the northern suburbs, was finished in 1982. Officials said the design created challenges for firefighters.