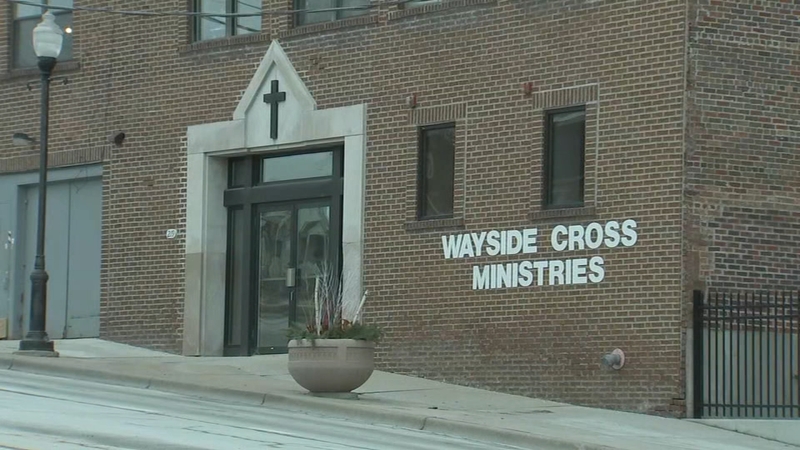 AURORA, Ill. (WLS) -- Aurora's mayor is explaining the decision to kick sex offenders out of the rehab center they've been living in for years, and many of them say they have nowhere else to go.

Marcus, 48, has lived at Aurora's Wayside Cross Ministries for four years. The registered sex offender said the Christian-based rehabilitation program has been such a life-changer for him, he now is a member of the staff.

"It's not just a shelter here, we give structure to these men and biblical teaching so they can move forward with their lives," he said.

But Marcus and 18 others, including some staff members who are child sex offenders, must find a new place to live by January 15. In a Tuesday afternoon press conference, Aurora's mayor said it's a decision bound by state law.

The city of Aurora said Wayside is within 500 feet of McCarty Park. Because of two hobby horses and a kids splash pad, the park has been deemed a playground. The city found an error in the way it maps its parks, which means there is an issue with sex offenders being in such close proximity.

"Our system identified the park in the center of the park, not property line to property line," explained Aurora Mayor Richard Irvin.

Once the city measured the park from property line to property line, Irvin said it must follow the sex offender laws, which means the 19 child sex offender residents must go. While Wayside and the park have co-existed for decades, the mayor says he was shocked to learn how many sex offenders lived there.

"The prospect of being homeless during the coldest time of year is very frightening and we are all scared about," he said. "There is no personal vendetta on my part or Wayside, period."