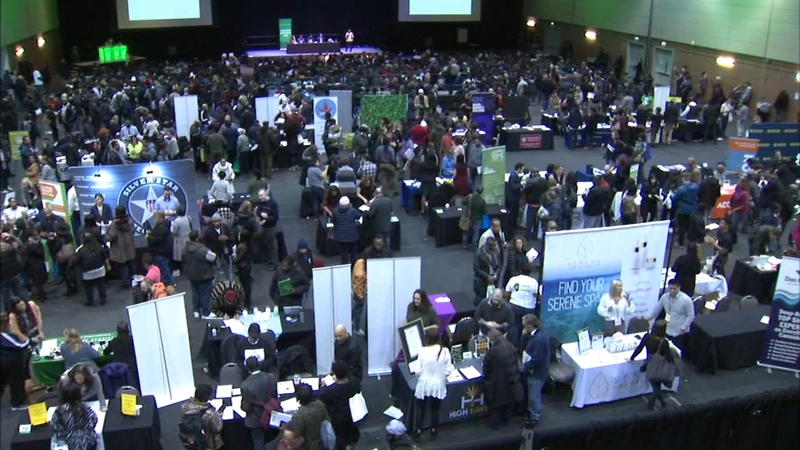 The aim of the event Saturday was to help everyone benefit from the state's legalization of pot. A panel discussion featured Chicago Mayor Lori Lightfoot and Wanda James, the first black woman in the country legally licensed to own a cannabis dispensary, cultivation facility and edible company.

Lightfoot promised communities of color would not be forgotten.

"It means investing in the talent of our young people where they are in neighborhoods west of Ashland and south of Roosevelt Road," Lightfoot said.

The free event gave a close look into business and job opportunities.

"I wanted to see about job opportunities in the field," said Chicago resident Stacey Bergland. "Trying to get into the cannabis field."

"Equity is three buckets: it's how to diversify the industry, what do you do with the money and how do you undo the harms," Hutchinson said.

There was also the expungement help Gabriel Rosa needs with marijuana conviction that's four years old. He said it has cost him several jobs.

"It was the lowest point of my life," Rosa said.

Recreational marijuana became legal in Illinois on January 1, and the industry has been met with concern that black and brown neighborhoods won't benefit from the boom.

Tio Hardiman, president of the Violence Interrupters, wants the city to sell pot peddlers licenses to ensure everyone shares in the wealth.