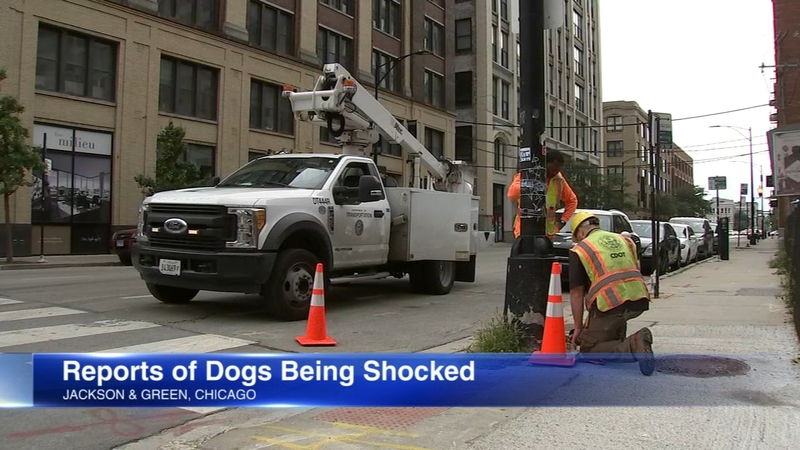 Several viewers called the ABC7 Chicago newsroom and said the incidents happened as their dogs walked over the manhole in the neighborhood.

Owners claim the incidents happened near Jackson Boulevard and Green Street in the West Loop.

One viewer called 311 operators and was told that the Chicago Department of Transportation would dispatch a crew to fix the issue.

Chicago Department of Transportation released a statement that read: "CDOT was notified through a 311 report of a dog receiving a shock at 833 W Jackson. A CDOT crew responded to ensure the safety of the manhole cover and surrounding area."

Officials said a door at the base of a light pole had come off and wires at the base were exposed. They said the dogs may have been shocked due to the wiring making contact with the metal door.

CDOT said they have since re-installed the pole door and ensured the safety of the light pole.