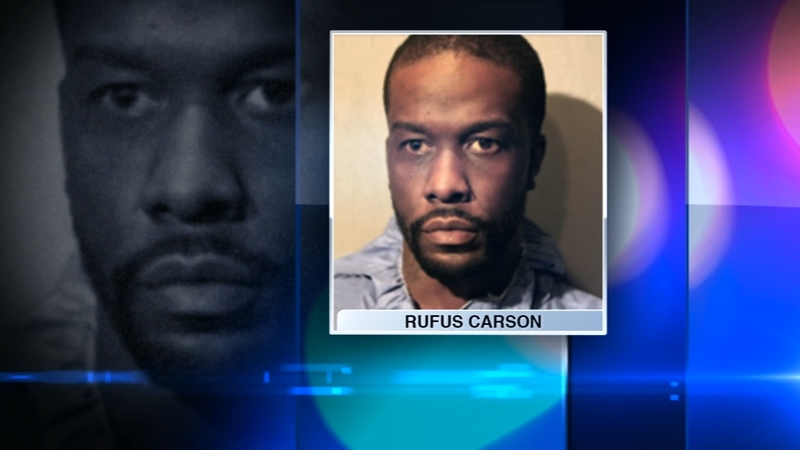 CHICAGO (WLS) -- The man accused of a brutal attack in West Town made his first appearance in court Wednesday.

Rufus Carson, 37, appeared for a bond hearing at Leighton Criminal Courts Wednesday for the alleged beating and sexual assault of an 18-year-old woman after she left the Chicago/Milwaukee Blue Line station at approximately 7 a.m. Monday.

He was ordered held without bond. Judge David R. Navarro said Carson presents "a real and present threat to the community."

Prosecutors said surveillance video from a home near the attack shows Carsonfollowing the victim south on Ogden Avenue and attacking her.

"The video shows the defendant, wearing the same white t-shirt, jeans and a hat, running up to the victim from behind. The defendant placed one hand over the victim's face and dragged the victim into an alley behind a construction fence," Hofheimer said.

The victim was beaten, concussed, suffered a traumatic brain injury, showed strangulation marks and had been sexually assaulted, prosecutors said. She remains hospitalized.

She was discovered about an hour after the attack in a pool of her own blood by construction workers who called 911, prosecutors said.

"The victim struggled with the defendant," Hofheimer said. "The video of the attack contains audio and the victim is heard screaming as she is dragged into the alley behind the fence."

Carson has several prior convictions, including five felony convictions. He is due back in court on September 19.

Carson's parents were present in court Wednesday but declined to comment.